Save the World Saves the New Year

By Coma News Staff
The new year brought new blood to Coma’s leading rock band and primary agents of change.
The band comprised of the town’s political leaders featured for the first time Councilman Jax Owen on lead vocals, as well as a new sound.
“The sixties were great but the simple truth is real music didn’t start until the heavy metal love ballad was invented in the 1980s,” Owen said.
The band led the town’s New Year’s Eve celebration at the Coma Community Center, which eschewed dropping balls for the launch of burning pumpkins to clear the fields south of town of dried corn stalks. 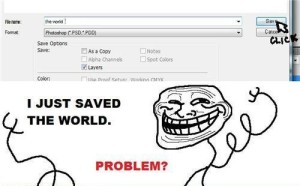 “The flames rose high into the night to light the sacrifices rite,” said Dave Anderson, Coma Mayor and lead guitar. “Seriously, good wholesome family fun.”
Councilwoman Natalie Peters, who plays drums and tambourine, dedicated the show to recently retired band member and Town Councilman Bob Smith-Smith.
“He’s gone on to a better place,” Peters said.
Smith-Smith, who also attended the party, assured Coma News he was still alive.
“Instead of saving the whole town through music or politics, I’ve found I get a lot more feedback when I focus on one person at a time with an acoustic guitar,” Smith-Smith said. You can hear Bob Smith-Smith playing various Dylan and Neil Young songs weekly at the Coma Coffee house.

← Appetite for Christmas
Podcast: January is the Tryingist Month →