May. 02 News no comments

By Thomas Steven John, Future News Reporter
Coma News Daily will institute a series of “cutting edge compensation innovations,” next week, including replacing its journalists’ salaries with a selection of coupons, the owner confirmed.

The as-yet unannounced compensation switch came to this reporter in a peyote-fueled fever dream.
Davis Montgomery, publisher of Coma News Daily, grudgingly admitted the coming remuneration changes.
“We just couldn’t make numbers work paying you reporters actual money but the coupons will make goods and services so affordable as to be nearly free,” Montgomery said in a phone interview from Davis III, one of his fleet of G7 jets.

Montgomery plans to offer the newspaper’s reporters and editors the chance to supplement their coupons with cash earned from weekend farm labor on the publisher’s equestrian estate. Other compensation changes include the closure of the dilapidated group house the editorial staff rents from Davis in town in exchange for hay loft space in a Davis stable.

Don Johnson Michaels is editor of Coma New Daily and is wonderful at brushing the horses.

“The fresh air and vigorous life amid nature’s bounty will do a world of good for these nattering nay bobs of negativity,” Montgomery said about the editorial staff. “Seriously, these people desperately need to learn to enjoy life.”

“Sleeping in a hay loft?” Don Johnson Michaels, the publication’s editor, said when told about the pay and benefits changes. “First divorce, then kidney stones and now waking up to horses__t. This is turning into a hell of a week.”

Coma News was unable to get a comment from Robert McGuiness, a former reporter at the newspaper and local media critic, because McGuiness began laughing so hard at the news that he chocked on his meal at Bear’s Biker Bar, vomited and passed out. 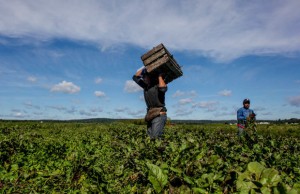 Before he was fired from Coma News Daily, Robert McGuiness spent most of his summer working weekends on the farm.