The following piece represents the opinion of a citizen of the Town of Coma but does not represent the views of Coma News Daily.

“I think Axl Rose is singing Christmas Carols in my neighborhood but I’m not sure it’s him.” 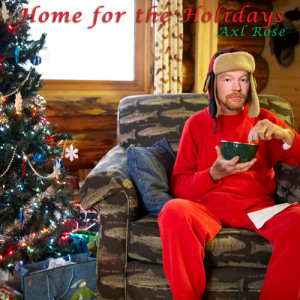 I think popular national recording artist and former “Guns & Roses” front-man Axl Rose is part of a roving group of Christmas carolers that have been strolling through my neighborhood this week but I’m not one-hundred percent sure it’s him.
Axl Rose does do singing for a job so it’s not weird that he would be singing in his spare time. But I don’t know that he would be hanging out in my neighborhood singing “Joy to the World”.
The guy whose singing carols in my neighborhood has gray hair and a big, bushy beard. I don’t think Axl Rose has gray hair but it’s been a while since I saw a recent photograph so you never know if his hair changed color or if he dyed it gray.
Also, I think the guy singing carols in my neighborhood is married to this woman who lives a few houses down from me. She has two grown children from a previous marriage but recently re-married. I don’t think Axl Rose recently married a fat young lady from Coma, but again, I’ve not seen a lot about him in the newspaper recently so maybe he did.
One night last week after they sang “Come All Ye Faithful” at my door and were walking away, I yelled “AXL!” as loud as I could. The guy with the gray beard turned around and looked at me for a second. That makes me think it could be him because I called his name and he turned around and looked back.

So I guess there’s really no way to know for sure if the guy singing Christmas Carols in my neighborhood this week is Axl Rose or not. It would be kind of neat if it was. Oh well. Merry Christmas anyway.

← Baby Campaign Coming
Save the World Saves the New Year →