Dear Query Guy,
How do I find happiness? When I was young my grandma told me that I could find happiness and it would be as a little leprechaun man who guarded a pot of gold and every time I went to find the rainbow it would vanish before I could find where it ended and I ran the minute I saw the sun come out when it was raining but I never got there. When I got older I searched for it in other things such as stationary bicycles, dark alleys, matching knit sweaters with my significant other and I still couldn’t find it. I need an answer Query Guy. How can I find happiness and stay happy all the time.

Laughter has always been very close to pain even as a court jester in a Shakespeare play would come in just before Hamlet murdered himself and everyone else or more recently on Game of Thrones where the midgets brought laughter to the crowd before Joffrey was killed by poison. The truth is that laughter and pain are always closely linked and this reality is not something that a leprechaun can fix if perchance you find him huddled under the rainbow with his bottle of Jim Beam whiskey.
In truth you have to find the happiness in yourself and sometimes it is easier to focus on the unattainable rainbow when kidnapping a midget would be much more simple.
If kidnapping a midget it not feasible for you and you don’t have access to a jester hat wait to down the poison. As my sweet petunia always says when we are huddled by the fire surrounded by our very expensive furniture while the renters in our ten aments call and ask for fire wood “hit it with a hammer”. Take your pain and hit that as hard a you can with a hammer. Hit the pain and hit it and hit it until you are exhausted and the only thing you can do is laugh.

When are Mothers Ever Right? An Lol Girl Mystery

Daddy Warbucks: I’m not sure you should go and get a second graduate degree in Criminology Marybell. You’re not even using any of the degrees you have.

Marybell: Listen, Daddy. It’s tough to be a woman in a man’s world. Men are everywhere farting and taking up space. I need a Criminology degree so I can solve really important mysteries like why is Mom always wrong.

Apparently mothers have been around forever and basically they’ve always been wrong. It’s amazing that children even exist and become anything because mothers have no idea what they are doing, obviously. Case in point: Mary. Yeah right, lady. You were such a good mom that dude Jesus got nailed to wood and stuff. Case in point: Ted Bundy’s mom. What even happened there? For years, mothers have been around thinking they know so much. “Brush your teeth, George,” said Momma Washington. “That tight rope is dangerous,” said some carni’s mom. And the real mystery is how can women who know so much be so wrong?

Here’s an example. I am dating this guy named Randy and he said, “your mom is cute for an old lady.”

And he said, “Yeah I think she was totally wild when she was your age.”

So I told my mom and she said, “I don’t like this Randy. I don’t like how he talks to you. You can do better.”

And that’s where she’s wrong! Randy is the best. He lets me be a real woman and pay for everything when we go out because Randy is between jobs right now. He’s trying to do a lot of meditation and spend some time in a sweat lodge looking at crystals to tell him “What the UNIVERSE wants him to become”. That’s huge. Randy tells me how great I am to look at and that I have an amazing mind that is represented by things like my tight butt and he can really see how smart I am in a bikini. He tells me that one day when he figures out what he’s going to do with his life he’ll take care of me by letting me do everything including work full time so I can feel like a real woman.

Daddy Warbucks: Marybell, dinner is ready. Your mom made enchiladas.

what I want and need? 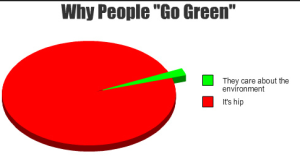 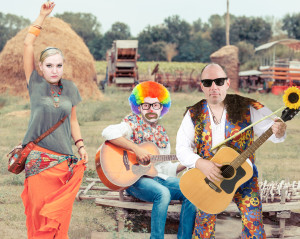 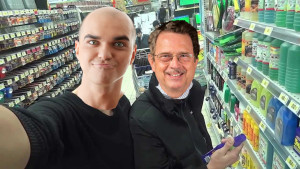