Our Town Goes Up In Flames

A fire of animal origin tore through Our Town last night, leaving characters homeless and hopeless. 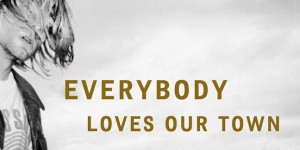 The entire production went up in flames due to an electrical short and a wild pit bull.

“It’s hard to describe what losing ‘Our Town’ means to Coma especially since I ran a grunge soundtrack throughout the play.” says Shane Wilhem Darvish, director of Coma’s theater and also owner of a pit bull rescue establishment in Coma. “What’s worse is that Mr. Jingle Balls is no longer with us after chewing through those electrical lines.”

The dramatic events unfolded last night when Mr. Davis’ pit bull chased actor Chase Donovan who climbed a cord in a vain attempt to escape the production’s mascot. Mr. Jingle Balls’ efforts to gnaw the electrical cable to pieces electrocuted the dog and sparked a fire in the back of the playhouse/yoga studio.

“I’ve never seen a dog chew through an electrical wire like that.” said Sheriff Paul T. Frostnib who attended the practice to oversee Our Town’s pyrotechnics.

Donovan suffered burns over less than 1 percent of his body. 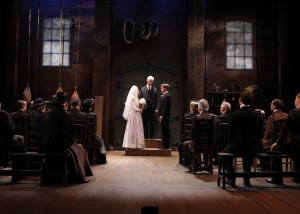 Our Town is not boring if you add grunge music and a live twitter feed to the production.

“It’s a real shame the show won’t go on,” said Coma Mayor Dave Anderson. “I suggest people instead check out Save the World as we bring back disco to the Coma Commons this weekend.”

Darvish said that after an appropriate mourning period he hoped to retry launching the production, which aimed to combine pyrotechnics and giant live Twitter display with grunge music running throughout and an oversized visage of Kurt Cobain instead of a moon in pivotal scenes.

The death of Mr. Jingle Balls and and the actor’s injury drew a variety of responses from town residents.

“From what I’ve heard about Our Town it sounds like the dog took one for the team,” said Jax Owen, a local businessman.

Tags: A brief oral history of grunge, Kurt Cobain, Our Town, pyrotechnics, Thornton Wilder
← Classified: Want to Sell My Horse Bones in a Burlap Sack OBO
Making Sausage Is Easy If You Follow The Directions →