A series of alternately horrifying and upsetting events will shake Coma in 2016, Coma News Daily has learned.

The coming debacles came to this reporter in a peyote-fueled fever dream.

Here, in no particular order, are the horrors set to be unleashed on this town:

Finally updating his bus schedule, Chase Donovan manages to arrive at work early after weeks of 9:30 am, and sometimes 10 am, arrivals.  Donovan will deny claims that he would have been let go if had failed to improve his punctuality.

After mysteriously setting off the drugstore metal detector Stan Bargmeyer will unleash a six-week robot hunting frenzy by town residents that will include four weeks without electricity and a brief reversion to horse carriages and bicycles.

In a desperate bid for tourism cash, the town of Coma theater group, the Backdoor Players, will attempt to turn the entire town into an elaborate musical through long-term flash mobbery. Residents will briefly bear weekend rehearsals and dance training requirements before rebelling at a requirement to memorize scripts mailed on a weekly basis. 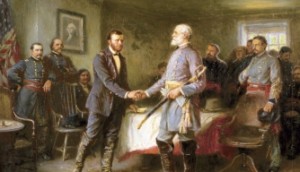 Inspired by a popular hip hop music video, complicated and very specific handshakes will take the town by storm. The ability to perform certain handshake and high five combinations will determine whether table service is provided at certain bars and restaurants for the duration of the greetings’ popularity.

Poor signmaking will turn a weekend swap meet into a hostage situation, as two unidentified individuals will escape by bicycle with most of the towns firearms and ammunition.

The town will become the testing site for several banks’ voice activated debit/credit machines and ATM’s after a loud, obnoxious campaign by local activist Marybell Davis. She will lead local teens and college students in a social justice campaign against having to put their phones and Starbucks cups down to pay for things, as well having to push buttons not on their phones.

← The Mystery of Old Love: An LOL Detective Mystery
You’ll Be Fined for Christmas →