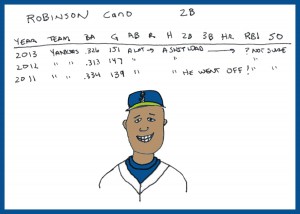 Coma self proclaimed screenwriter and artist, Dee Collins, revealed this week that despite her best efforts, sales for her homemade baseball card collection have been “meager” at best.  Collins began making the cards in her spare time nearly three years ago to assemble one of the most impressive card collections in the region while generating additional income through sales.

“Whoever said ‘the easiest path to making millions is to create homemade baseball cards’ was full of it,” Collins said.

Collins said she was surprised her hand-crafted cards have not sold considering each card is a “one-of-a-kind collectible”. 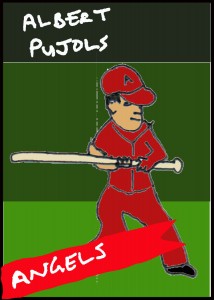 Above: This rare Albert Pujols card was created by Collins shortly after the all-star first baseman signed with the Angels last year

“None of the cards feature a holographic watermark that changes colors,” Horncraft said.  “I only purchase authentic Fleer or Upper Deck cards because they have higher re-sell values.” 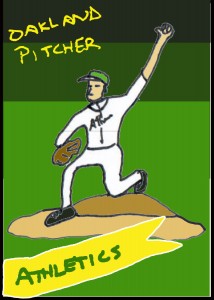 Above: Card for an unidentified Oakland A’s pitcher. Collins said she couldn’t remember who it was supposed to be but thinks it could apply to most of the pitchers on the Athletics’ staff

Collins, who in her mind is an accomplished writer, has completed nearly one-thousand screenplays and said she will likely try to bundle the cards with her screenplays to create additional value.

“I’m working on screenplay sequels to ‘Field of Dreams‘ and ‘The Natural,” Collins said.  “Actually, I’m also working on a sequel to ‘Moneyball‘, which takes place in outer space and a prequel to ‘Eight Men Out.'”