Some of our furry four-legged friends act as companions to families, guides to the disabled and aids to police and fire units. But other adorable, cuddly creatures are best left alone.

That is one of the many lessons Coma Elementary School students will learn on Friday when “reading wolverines,” brought to encourage reading, will escape and run rampant through the school.

The coming “weasel-pocalypse” came to this reporter in a sweat-soaked fever dream. 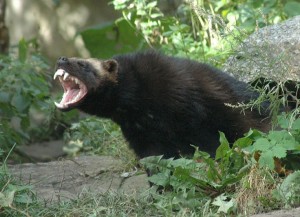 Wolverines are not good pets or good at reading.

The delighted squeals of small children in Mrs. Black’s second grade class will give way to teachers screaming “They’re in the walls, they’re in the walls!” when several of the reading buddies chew through their steel mesh cages.

The frantic and disorganized school-wide evacuation may complicate future reading abilities of the children who struggle with reading and will now associate it with furry vengeance.

But the incident will do nothing to dampen the enthusiasm of leader the Paws to R.A.W. (Reading Assistance Wolverines) program, Natalie Peters. 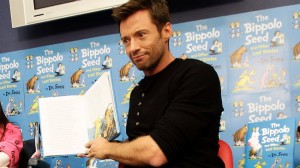 Hugh Jackman is good at reading but he only pretends to be a wolverine in movies. He also uses a phonetics based teleprompter to help him while he animatedly reads children’s books. Coma schools could not afford Hugh Jackman.

“Wolverines listen to them in a nonjudgmental way,” said Peters, when contacted about the coming events. “It kind of breaks down the emotional barriers and the judgment because when teachers ask them to read they get nervous and uptight. There’s just something magical about a small animal snarling at you that helps build a lifelong love of reading.” 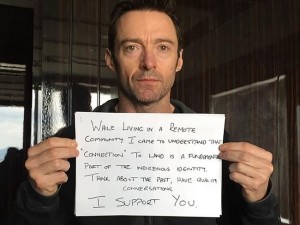 Hugh Jackman was able to write this on paper when he was hanging out in his air conditioned trailer while shooting a movie. He can also read this.

The program was implemented for the first time earlier this year at Coma Elementary. Each child has 20 minutes on Fridays to read one-on-one with the wolverine. The class started out with one of the small predators, a three-year-old Eurasian wolverine named Princess Buttercup. The cage-wrecking escape was likely caused by the addition of a second, eight-year-old North American wolverine, named Puddin-Head.

“There’s no bag limit on these suckers, right?” Owen’s said.