By Thomas Steven John, Coma News future beat reporter
The Coma Middle School Wolverines baseball team will lose their season opening game Saturday and it won’t even be close. The 32-2 loss to the Damascus Canal Mules will shock many CMS fans but many will quickly write it off as a one-game fluke.
“No way, dude. ‘Rines rule!” Yelled Chase Donovan, when told of the impending loss. 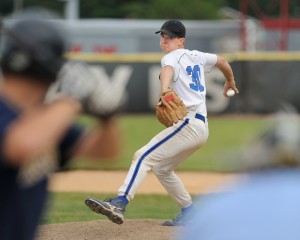 Instead of the second game featuring a repeat of last season’s clobbering of the Brownsville Trousers, the Wolverines will lose in a squeaker.
As the season progresses and the losses begin to mount, brief flashes of hope will spark when the schedule reveals particularly troubled opponents.

But the subsequent losses and the lack of a mercy rule in the middle school league will leave some parents questioning the point of it all.
Among the few upsides is that the final games will provide substantial playing time for the team’s benchwarmers following the departures of every talented player.
Marybell Davis expressed surprise  when told her younger brother was going to pitch for the team before the end of the season.
“But he’s their mascot and he’s like seven,” she said.
The season is never ending but will end on Oct. 27th.