You’ve emptied the garage, redecorated the bedroom and exercised. But what about your relaxation routine?

Like everything else in life, wallowing around starts to feel stale if you do the same activity, day in and day out.

Coma Mayor Dave Anderson relaunched the inactive initiative ad hoc committee during the town council’s regular monthly meeting Tuesday. The body had been discontinued during a post-New Year’s exercise binge by the town.

“We are excited–in a relaxed way–to bring back an initiative that seems to  diffuse a lot if the anger stemming from the Town Council’s many bans, tax increases, and surveillance initiatives,” said Anderson. 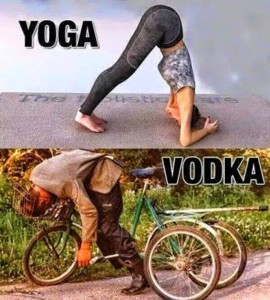 Previously, the group spearheaded a 50 percent tax on sports equipment to fund floaty mattresses for Lake Wallace and big screen TVs with massaging leather chairs at the Coma Community Center.

Mixing up your relaxation program is key to making stress reduction a life-long habit, said Marlee Bumgartner, Coma community activist and shut in.

A study by relaxation scientists at the state university found that when people changed their sedentary routine every two weeks, they were more likely to continue relaxing over the course of two months compared to those who followed the same downtime routine.

“I don’t care how disciplined you are, when resting becomes boring, you stop doing it — that’s just human nature,” said Dr. Jimmy, who describes exertion as the town’s silent killer.