Did This Bigfoot Give Couples Counseling?

The Couples Counseling Center at Bob’s Wash and Dry and Eat a Burger on Saturday night got a special surprise when Bigfoot showed up to give some couples counseling.

“I was here with my wife who is 25 years younger and doesn’t understand anything about my generation but wants to spend my money,” said Bob Smith-Smith. “We have a lot of things to work on like, how I was married and had a child before she was even born,” 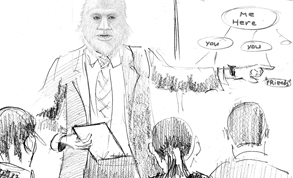 Discussion of those issues suddenly stopped when a bigfoot showed up “out of nowhere.”

There have been a growing number of Bigfoot sightings around town in recent years.

When it comes to couples’ counseling, Bigfoot’s insights appear to come from his love of eating small woodland creatures and his lifelong lack of a serious relationship.

“He walks in and lets out a primal scream like few I’ve heard,” said Jax Owen, who attends couples counseling alone “in case some woman needs a hug or a friend.”

Owen said Bigfoot appeared to have “a handle on what relationships are all about.”

During the session, Bigfoot also broke a table and defecated on a chair.

“There was a lot there for me and Anna to learn from,” Smith-Smith said.

“When we first started dating I just liked her because she wasn’t old. She liked me because she’d just moved out of her parents house and didn’t want to be alone,” Smith-Smith said. “But now it’s serious. We have a young son and since we got married we have to see each other every day. I think Bigfoot is saying just stop talking to each other.” 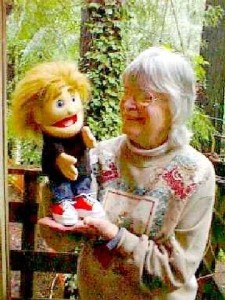 There were people in the room who were not enthusiastic. Mayor Dave Anderson came with his puppet of three years, Andrea.

Anderson said that he and Andrea have not touched since he began Peaceful Puppeteers, which urges no touching unless both parties agree to do so, in advance.

“I asked Bigfoot how to address our need for contact when no verbal permission appears to be coming,” Anderson said. “He put Andrea in his mouth and chewed her to shreds. She didn’t even have time to scream.”

← Opinion: I Wish More Politicians Talked About the Migratory Patterns of Birds
Do Elections Have Consequences: An LOL Mystery →