Opinion: I’m Going To A Costume Party But Don’t Know What To Wear

Tweet
by Stan Bargmeyer, Coma News Daily Intern, Remembers to Wear Pants Most Days
I couldn’t believe that I was invited to a Halloween costume party this year but I was! I’ve never been to a Halloween costume party.  I am a little nervous about going.  What do people do there?  What sort of customs or traditions are practiced?  Will they sacrifice an animal or something?
But most of all, I am nervous about my costume.  I’ve not had to come up with a costume since I was a young child and went trick-or-treating as “pale, skittish young boy with shovel”.
I really want to do good on my costume.  I want people to look at me and think “wow, it’s like I’ve been transported to another age and time because this person’s costume is so good and impressive.”
I have come up with so many great costume ideas but I can’t decide on which one I should use.  One thing about me most people probably don’t realize is that I can be very, very creative when it comes to costumes.  There have been many Halloweens where I’ve sat on my living room folding chair just thinking about what costume I would wear if I had the chance to wear one.
It is such an important decision.
So far, I’ve come up with the following ideas:
Guy eating cereal (I do own a cereal bowl and a spoon.  Just need some cereal and milk)
Guy talking on his phone.
Guy waiting for the elevator.
Man trying to pay for a parking meter but doesn’t have correct change
Guy who feels like there is a loose thread on his shirt but can’t find it and it keeps bothering him because if it’s not a loose thread on his shirt it might be a spider
Guy who wants a close circle of friends but is scared of rejection and judgment
Man who parked in a disable parking space and feels guilty about it.

You can be a Ken Bone meme or you can be a cuter version of it with less of a sweater with this costume.

Guy who once met national recording artist Michael Bolton at an Arby’s in Topeka, Kansas but doesn’t like bragging about it to strangers. 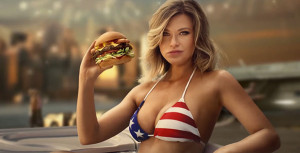 This woman really ate this Arby’s burger at the Arby’s in Topeka kansas. This is not a costume.

Guy who enjoys watching The Weather Channel from time-to-time.  But, not like, every single day because that would get a little boring.
Man who believes the moon landings were, in fact, faked by the United States government in an effort to bankrupt the Soviet Union at the height of the Cold War. 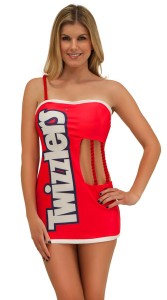 Twizzlers did not exist during the fake Cold War.

See?  So many ideas.  And I have a lot more than just those.  I just can’t decide which one to use.  I am leaning toward “Guy waiting for the elevator” because I think that is the easiest one for me to do for a long period of time.  I once had to wait for an elevator and it was a really long wait!  It’s not fun but I think I could maintain it throughout the party without breaking character.
I want people to believe in my costume.  I want them to walk away thinking “that guy is going to be waiting for that elevator for a very long time. That elevator is likely never coming.”
I guess that’s what I’ll do.  Or maybe I’ll go as “pale, skittish old man with shovel.” At least I know that one.
Happy Halloween.