This year, you’ll be banned for Christmas, after Coma forbade music for the holiday until Dec. 1.

After a torrent of phone calls to all local radio stations from senior citizens requesting Christmas music starting on Nov. 1, which shut down phone lines with calls coming almost nonstop for the rest of the week, a frustrated and Mayor Dave Anderson declared a ban on Christmas music until the beginning of December.

Violators are subject to fines of up to $1,000 if police catch them playing music they deem “too festive.”

At a press conference Anderson declared, “This is getting out of hand,” and, “Bachman-Turner Overdrive’s ‘Taking Care of Christmas’ is the stupidest Christmas song I’ve ever heard.” 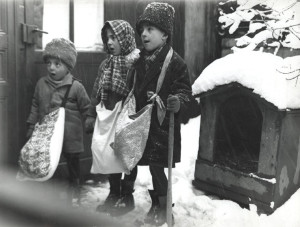 The Coma Town Council is expecting public outcry and has requested extra officers on duty to handle any potential rioting as well as providing each officer with the latest music recognition software and most affordable cellular technology.

“I can’t believe this is happening, how can the government restrict my right to be festively jolly?” Dee Collins said after learning of the ban.

Police encourage citizens to report anyone they hear playing Christmas music or suspect will do so in the future. Festive sweaters and scarves are to be considered red flags and anyone seen in Dickensian garb is to be reported immediately. Anyone caught caroling will be jailed for 24 hours and face a $100,000 fine.