A local man who was impaled by a shovel told neighbors and friends he was holding off on seeking medical attention because he wasn’t certain the injury was “bad enough” to see a doctor.

The accident occurred on Saturday afternoon as Stan Bargmeyer was “rummaging” through his garage. Bargmeyer said he’s not sure how the accident happened. The widower was looking through an old box of model railroad train cars and next thing he knew, a shovel handle was protruding through his chest.

“It’s just one of those freak accidents that happen,” Bargmeyer said. “I just kind of shook my head, thought ‘not again’ and then passed out for an unknown length of time.” 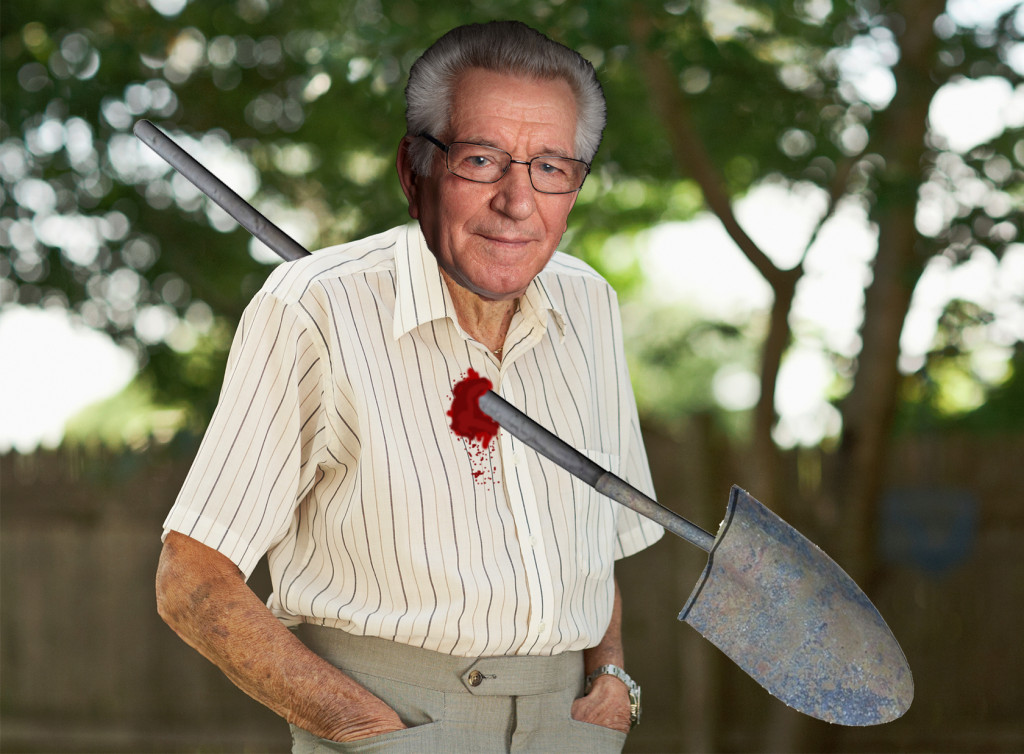 ABOVE: Coma resident Stan Bargmeyer was impaled by a shovel last Saturday but is not sure the injury is significant enough to seek medical attention

Bargmeyer was found by neighbors late Saturday afternoon. Upon regaining consciousness, Bargmeyer refused to call 911 and told friends the injury “wasn’t too bad as far as impalings go.”

“I just never know when you’re supposed to go see a doctor,” Bargmeyer said. “I’m definitely in discomfort but…I can still prepare food and use the toilet. So, what constitutes a trip to a doctor?”

According to town physician, Dr. Jimmy, anyone suffering from an impaling should seek immediate medical attention, particularly when the object is as large as a shovel.

“People underestimate impalings,” Dr. Jimmy said. “But they can be very serious injuries. I would rank them right behind being submerged in a corrosive substance and right ahead of being attacked by medium-sized mammals. So, pretty serious stuff.”

Bargmeyer said he was impaled previously nearly 20 years ago by a pike while visiting a early middle-age military museum.

“That one was weird because they were talking about how pikes were used to impale enemy soldiers and not ten minutes later, I found myself on the business-end of one,” Bargmeyer said. “But they took me directly to the hospital, which was nice, because it eliminated the guess work on my part.”

Bargmeyer noted that the bleeding had mostly stopped and while it has limited his ability to shower or lay down in bed, he has been able to manage in most aspects of his daily routine.

“I’m getting by,” Bargmeyer said. “It would just be nice to know, without a doubt, if I should seek medical attention on this one.”