On July 23, 1984, more than three years of effort resulted in the cats of Coma and their people finally having a park to call their own.

At 9:00 a.m. on that historic day, Mayor T. Boone Dickens gave a short speech thanking local Cat Park advocates for their research, dedication, and steady commitment to bringing a Cat Park to town.

About a dozen cats and their family members showed up for the opening day activities and to check out the new park. Most of the animals immediately jumped the fence and ran away. 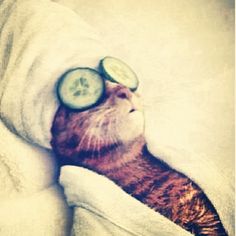 History has shown us that there is literally no length this town will not go to to appease our feline overlords.

The few remaining cats were soon chased off by a local dog that wandered by the Cat Park and began uncontrollably barking.

Despite the loss of the cats, their owners were able to enjoy a day sitting in the covered pavilion, sharing potato salad, and talking about their cats.

When discussions of the Cat Park for Coma were first brought before the Town Council there was much skepticism and limited support. After three years of steady efforts of a group of committed Cat Park supporters and advocates, led by the husband and wife team of Riley Jacobs and Summer Moon Beam Roehner, the idea became even more unpopular.

But by cultivating a series of favors owed to them by Town Council members, the pair were able to realize their dreams of a dedicated space for Coma cats to run away and–occasionally–to play and socialize with other felines.

The site is the current location of the Coma Wastewater Treatment Plant and Spring Water Dispensary.