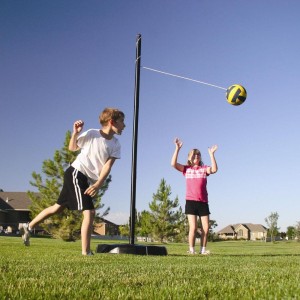 ABOVE: The start of the Coma Unified School’s tetherball season was fused with an intensity typically reserved for post-season play