This Day in History: Hot Dog Hammer Invented in Coma

Like everybody else, Ezra Kocklebloch loved hot dogs. But it took Kocklebloch to turn eating hot dogs into an event.

The idea for the hot dog hammer came to Kocklebloch one day while watching a group of boys gathered around one boy holding a magnifying glass. 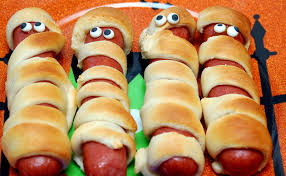 “He was burning caterpillars but you’d think he was spinning gold, based on the rapt attention of the other youngsters,” Kocklebloch said in a 1995 interview with Coma News Daily.

The crowd-pleasing violence showed Kocklebloch the future of his hot dog stand. He fashioned wooden hammers from Lincoln Log sets, clogs, and bundles of chopsticks and lent them to hotdog buyers.

“The indescribable joy on a boy’s face as he hammers a hot dog, before eating the pieces–that’s what kept me showing up for work at that hotdog stand for the next 30 years,” Kocklebloch said.

Although the hot dog hammer never gained much popularity, it’s influence could be seen in the later popularity of the broccoli bludgeon and carrot club.

But for a generation of kids raised in Coma it was hard not to think of a hot dog every time they saw a hammer.