Rare Kim Jong-Il Artwork to be Displayed in Coma 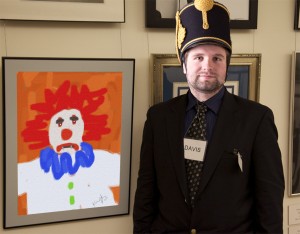 The incredibly rare collection features nearly two dozen paintings completed by Jong-Il, who served as the head of the Democratic People’s Republic of Korea from 1994 to 2011.  Among the collection are many award-winning pieces that reflect the communist dictator’s passion for art. 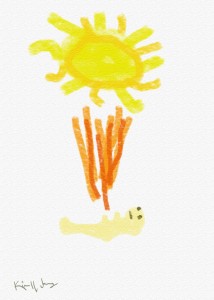 Titled simply; “Born This Way: The Supreme Leader Was Birthed From The Sun’s Vagina And Came To Earth On Hot Rays Of Sunshine To Show The World His Greatness,” the above painting won more than 40 North Korean art awards and saw the Supreme Leader experiment with the color orange for the first time, which he later described as “refreshing.”

“These are amazing paintings,” Montgomery said.  “People outside North Korea don’t know the former Supreme Leader was an avid and accomplished artist, but he was.”

Montgomery, who is also the publisher of Coma News, purchased the collection at an auction in Pyongyang in 2012 for an undisclosed amount.  According to Montgomery, this will be the first public showing of the collection outside North Korea. 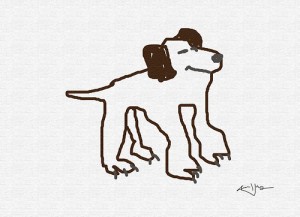 Above: Painting by Kim Jong-Il titled “By Whose Authority Was This Dog Permitted To Go Outdoors Because The Supreme Leader Was Certainly Not Advised”, this painting is considered by most North Koreans as the greatest work of art of the 20th century.

“If people move past the oppressive nature of his reign as Supreme Leader, I think they will find some beautiful art,” Montgomery said.  “Every painting he created won multiple awards from the North Korean art community.  So you know it’s quality art.  They don’t hand out awards to mediocre painters in North Korea.” 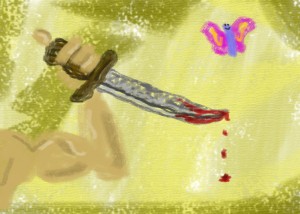 Entitled “The Supreme Leader’s Arm Is Never Far Away From You And Is Always Clutching A Sharp Knife But Do Not Fear For The Supreme Leader Does Not Recklessly Murder Butterflies”, this piece received warm praise from North Korea’s art community and was displayed in the lobby of the Ryugyong Hotel for many years.

The exhibit is scheduled to open on Thursday, March 27.