“She just sat up, rubbed her eyes and asked if I had a 100 Thousand Grand candy bar,” hospital orderly Dustin Metcalf said.  “I told her I didn’t but I did have a small Tootsie Roll I offered her.  She rolled her eyes at me and then stuck her finger in her mouth and pretended to gag.  It was unusual.” 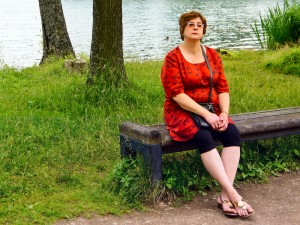 According to staff, Maplethorpe had just been relocated to the morgue after being declared dead a few hours earlier.  Doctors were unclear as to the cause of her two deaths and had hoped an autopsy would help them discover what, precisely, caused the woman to die two times in less than two hours.”

“I was rather perturbed,” emergency room physician, Dr. Jimmy said.  “I really, really, really wanted to know what killed this woman.  Now I’ll never know.  She took that from me.”

“She even made a joke about how eating five 100 Thousand Grand candy bars is like ingesting a half of a million dollars,” Maplethorpes friend and co-worker, Kate Spiller said.  “So she was definitely her witty, happy self.”

Maplethorpe will be kept overnight for testing and further observation.

← Coma Weekly FREECYCLE Digest
Telling My Son “No, You Cannot Leave My House” →

One comment on “Woman Who Died, Then Came Back to Life, Then Died Again Comes Back to Life”