Telling My Son “No, You Cannot Leave My House”

Tweet
The following is blog by a Coma resident excerpted as a community service by Coma New Daily.
Natalie Peters
My son is crazy about sports. He’s both a participant and an observer: he plays Xbox soccer year-round, and he recently took up a bat and glove for the first time when he played Super Mega Baseball on his PlayStation. He can also recite the number of each cable sports channel we receive.
As obsessions go, I approve of this one. I never have to tell this beautiful boy to stop smashing holes through the drywall or throwing balls through windows. 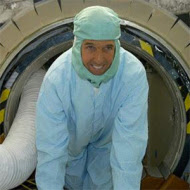 I don’t even mind the sports-viewing on television. He wants to watch his favorite baseball team? Nothing wrong with that.
But as I watched my son develop an interest in actually playing sports–outside and with other children–as he approached adolescence, I grew uneasy. I want him to be able to explore his varied interests and to take chances but I also want him to learn to evaluate risk and make smart decisions.
That’s why I told him no.
When I looked up the research on the long-term effects of unprotected soccer players suffering repeated head injuries from collisions, water polo players nearly drowning, wrestlers asphyxiated by too-tight singlets and baseball players impaled by discarded bats I realized that I couldn’t say yes to the request I knew was coming.
Sure enough, my son approached me shortly before he turned 11. “Mommy,” he asked, “can I play any sport next year?”
“No, honey. I’m sorry. Not sports. I’ll support you playing just about any video game but I can’t in good conscience let you play any sport because they all carry risks.”
“WHY NOT?”
How do you get a child to wrap their young brains around the complex notion that I’d rather risk (more) obesity and psychosis than risk physical injury?
Over the course of the next 12 months, I explained to my son my concerns about the brain injuries now known to be commonly suffered in nearly every sport.
“What about just letting me ride a bike?”

“That’s actually the least safe sport you could do.”

Even if my son wasn’t one of the 800 bicyclists killed every year, there was a very real possibility he could be among the 500,000 hospitalized with life-altering injuries.
What made me so sure I was right?
A friend told me about a lecture where the speaker said the tough parenting decisions aren’t the ones you make when you’re sure of yourself but your child is mad at you as a result. So I’m quite confident I made the right call.
My son and I eventually reached a detente.
He’s keeping his brain safe, staying on his ADHD medications, going to counseling for his rage issues and trying a new diet to shed some of gallon-ice-cream-nights-with-mommy pounds.

← Woman Who Died, Then Came Back to Life, Then Died Again Comes Back to Life
Mayor Mistakes Man for Woman; Mayoral Race Wide Open →