Who’s Touching Who in Coma?

Welcome to the Town of Coma! 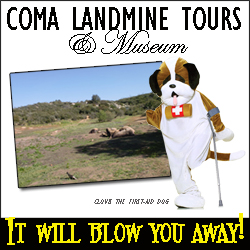 Two years ago, Coma News Daily was forced to go online after the 156-year-old print edition was killed by a paper ban enacted by Coma’s Town Council. What has the subsequent effort by journalists paid in coupons and technical “experts” who do not understand WordPress produced?

The latest chapter in Coma News Daily’s fearless march into the future of news was the launch of an internet radio broadcast/podcast, presented by people who lack basic news reading and sound editing skills. The child narrators of our commercials are paid in Jolly Ranchers. Delicious.

If you’d like to contact the hard-working denizens of Coma News Daily, please email us at townofcoma (at) gmail.com. Meet our town experts below. Enjoy your stay in the town of Coma. And don’t forget to take the landmine tour while you are here. It’ll blow you…away! 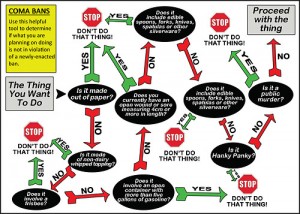 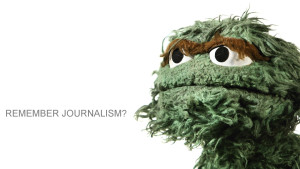 Jonny Reynolds is a seasoned Internet journalist/ web content trend weaver/ listical creator who does not have social phobia or a drug problem. Creator of the first journalist “sarcastic tweet”, Jonny comes to Coma News Daily after working as a metro  reporter for the Los Angeles Times which subsequently lead him to have a stress induced episode where he rode a tricycle , while wearing only his underwear, down the 405 singing “Take Me To Church”. Jonny has many people in Coma excited about his clickbait/ buzz-fed style of journalism. His brother Dr. Jimmy is excited to see him working again after an extended stint of “sleeping on his couch”. 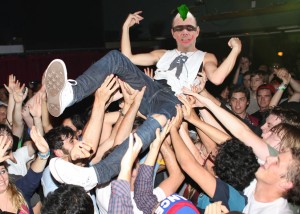 Mayor Dave Anderson crowd surfing during a concert by his band of fellow Town Council members, called ‘Save the World’

Mayor Dave Anderson is the self-proclaimed Coma mayor for life, single and wholly devoted to Coma. Anderson generally considers himself an expert on what is best for the town and everyone in it. A gregarious backslapper, who bristles at the slightest challenge to his authority, Anderson is the shepherd. And, if necessary, he’ll lead the sad little people of Coma residents around by their noses. 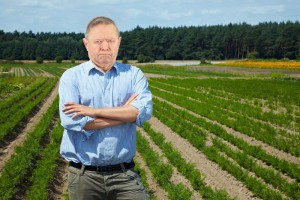 Before he went missing, Coma News Daily editor Don Johnson Michaels lived with other editorial staff in one of the barns owned by publisher Davis Montgomery III as part of his compensation package.

Don Johnson Michaels is the former editor of the Coma News Daily. He is a former New York City reporter who washed out of big time journalism due to an unquenchable predilection for Asian coed interns. Michaels destroyed his marriage and was left to fight his demons with Whip-Its and league bowling. Recently missing. 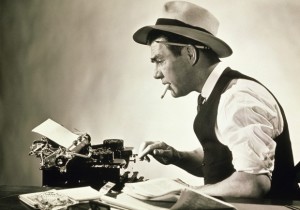 This reporter no longer needs a typewriter–only tarot cards.

Thomas Steven John (knows there is no future for typewriters)

Thomas Steven John is a local slacker whose peyote-fueled fever dreams of the future have elevated him the star reporter slot at Coma News Daily. Although T.S. John never finished high school or filed taxes, he can tell you how most of his neighbors will die. 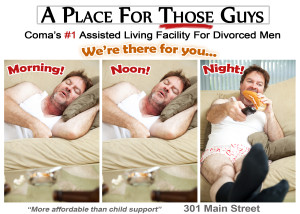 Dr. Jimmy (definitely does not sleep all day as pictured above)

Dr. Jimmy is a Coma physician and former raver who often provides unique and unorthodox medical advice. Dr. Jimmy is a Coma News Daily columnist obsessed with the darker side of medicine and–when not obsessing on bizarre minutia–reads the internet radio broadcast of Coma News Daily. Recently divorced from his wife Dee Collins and currently living at Coma’s premiere assisted living facility for recently divorced men, A Place for Those Guys. 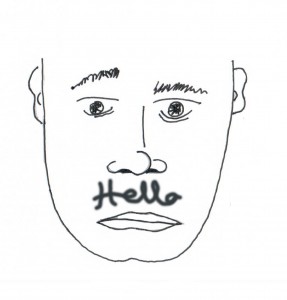 Micah Horncraft, the curator at the Coma Futurist Society and the frequent focus of news stories in Coma News Daily, is fascinated with the future, the past and everything in between. Especially if it is odd or related to cryptozoology. Or conspiracy theories. 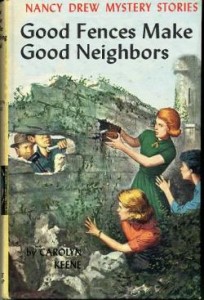 Marybell Davis, a sorority girl who comments on culture through her blog, has become Coma’s only private detective and specializes in tracking down love interests online information. She also is an “amazing” reader on the internet radio broadcasts of Coma News Daily. 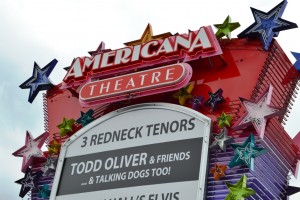 Sadie Cracker (is not a tenor)

Sadie Cracker, a mother of two little boys who was recently widowed, had a cougar adventure with a younger guy trying to get over her husband’s death. She went on the road in a Jack Kerouac-style road trip while corresponding with the town through a column in Coma News Daily about her adventures with two small children. Read: difficult. Daughter of Coma News Daily intern Stan Bargmeyer. 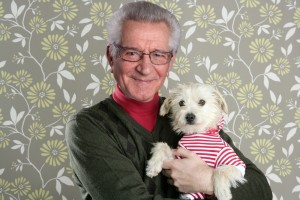 Stan Bargmeyer is a retired widower discovering his independence for the first time and an intern for Coma News Daily. Stan has lived an isolated life but has recently come alive with the discovery that the world is not a scary, strange place, as he once believed. Stan struggles with technology, homemaking, pop culture and just about anything else that has developed in the world in the past 40 years. 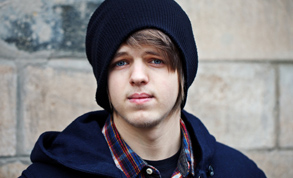 Chase Donovan (Summertime wearer of knit caps. Deal with it.)

Chase Donovan is a teenager and the second Coma News Daily intern. Chase has never let general ignorance dent his deep conviction that he is an expert on every subject. The combination of his two central traits has produced widespread destruction and suffering. 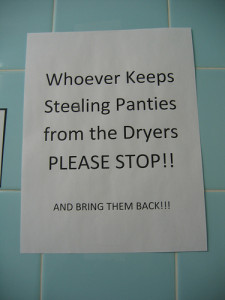 Shane Darvish is the type of person every town needs to understand the intricacies of theater to contribute to the greater town culture. Shane believes that our children are the future and for that reason he avoids them at all cost and works exclusively with animals and the elderly in his productions as director of the Coma Midnight Players. Shane sometimes hosts the internet radio broadcasts of Coma News Daily. If the mood strikes. 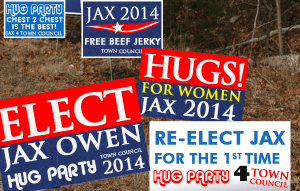 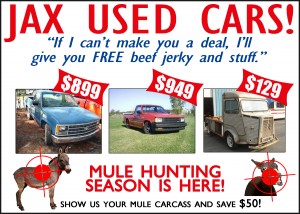 Jax Owen is a local car dealer and newest Town Council member, who is way popular with the ladies. There are not a lot of bachelors in Coma. He revolutionized the DMV by sponsoring it with his Big O Moonshine and created the ever popular Hug Club, which has only two rules: you must like to hug and you must be female. 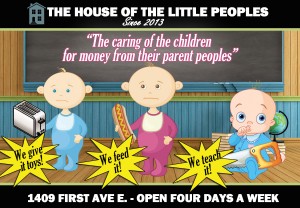 Marlee Bumgartener (not a small child as pictured above)

Marlee Bumgartener—real name is Jaleh Daroodi–is a middle aged Persian woman who lives with her father, Arash, owner of Don’s Daycare in Coma. An agoraphobic, who works for her father’s home-based business, Marlee has found her activist voice online, through Skype and in the pages of Coma News Daily. 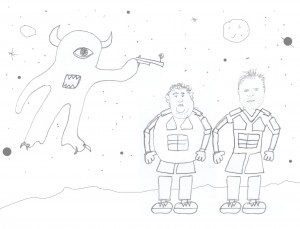 Dee Collins is a local resident whose primary income is derived from using Coma News Daily classifieds to sell her screenplays, which are sequels to well-known action movies. Also, she is Dr. Jimmy’s soon-to-be ex-wife. 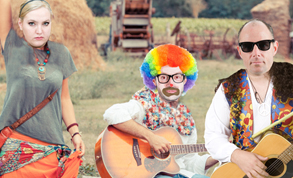 The band ‘Save the World’ featured Coma’s political leaders re-living their youth and the songs of the 1960’s at various venues throughout the region.

Bob Smith- Smith, is a former Council member, a sporadic columnist for Coma News Daily, and lover of all things technical, including model airplanes and geospacial information systems. He is a proponent of Wikipedia and the power of technology to solve all of the world’s problems. Smith-Smith remarried in recent years and struggles to manage the prickly interactions of his new wife and ex-wife, who help run his store, Bob’s Mart. 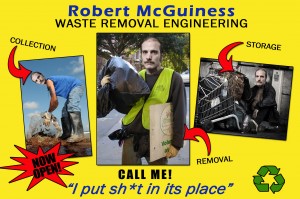 Robert McGuiness, a former reporter for Coma News Daily, was terminated after stubbornly exploring his hunch that most town leaders were self-serving windbags. The Scottish ex-pat generally tries to drown his skepticism of power in cheap booze and in time spent with a town burlesque dancer, Porsche Masterson.

Davis Montgomery III (the first, second and third Montgomerys were unavailable for this photo)

Davis Montgomery, whose ancestors founded Coma, is the publisher of Coma News Daily. He owns much of the land in the county and many businesses but he has never realized his dreams of either artistic success or transformation of Coma News Daily into a money making enterprise. He also pioneered Coma News Daily’s reporter pay innovations. 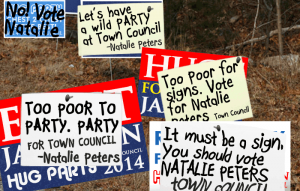 Natalie Peters (pets and poor people are people too)

Natalie Peters is a Town Council member and lifelong busybody. A deep conviction of the righteousness of her good intentions usually disallows Natalie to see the inevitable disasters that result from the policies she advocates. After the inevitable debacle, she comforts herself with her pets and large quantities of home baked goodies. 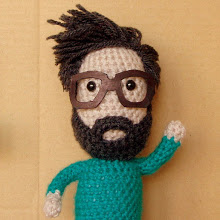 Paul T. Frostnib (is looking forward to his retirement and honing his crochet skills)

Paul T. Frostnib is the Coma sheriff and reluctant enforcer of Coma’s hyperactive government. Paul has wanted to retire since he started in the Sheriff’s Office three decades earlier and is counting the days until his full time fishing and Christmas tree farming can begin. 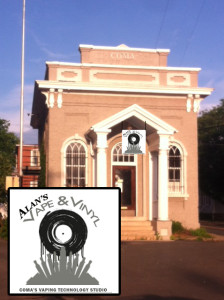 Alan Pezzati (too attractive to be pictured, he’ll see you in court)

Hon. A. Pezzati is a former cymbal player for the band Naked Vape Gun, who has come to the Town of Coma to restore music taste and justice. His Vape & Vinyl shop has funded the re-opening of Coma General District Court, where he presides over all local civil and criminal cases. His rulings comprise nearly all of the local justice system coverage of Coma News Daily.