How about free sausage?

How about free breakfast sausage while watching a thrilling dance review?

Those are the perks the Coma Town Council is hoping will entice members of the public out to attend its annual organizational meeting, which starts at 8 a.m. on Jan. 1.

“I just don’t get how residents of this town can pass up this New Year’s Day meeting every year,” Mayor Dave Anderson said about the council session which a member of the public has never attended. “Anyway, I’m betting the sausage–we’re talking links, not that patty crap–will bring ’em in.” 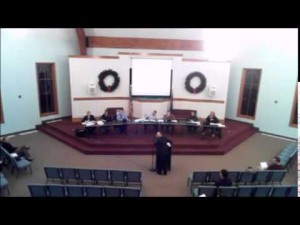 The sausage will be catered by Bob’s Organic and dance provided by Coma Middle School’s “Cheer Power.”

In addition to meat-dance combination, Anderson hopes the first public display of the new sweater and leather pants he recieved for Christmas also will attract attendees.

The offer of sausage elicited some push back.

Robert McGuiness, who won the last grivence-based demolition derby as “Sargent Sausage,” wondered if voters would embrace the meaty reward.

“Sometimes it seems like all we talk about around here is sausage,” McGuiness said.

It was a sentiment echoed by Councilwoman Natalie Peters, a sometimes-vegan, who objected to “phalo-carno-centric” nature of the promotion.

“We should be thinking about this town’s colons–what do they look like and why,” said Peters, who is considering a boycott of the meeting.

The sausage also appears unlikely to garner the attendance of Councilman Jax Owen.