According to a statement on the company’s website, Foot Bucket will cease serving “assorted animal beaks and bone fragments” to its guest in light of “mysterious and still undetermined sources of choking-related incidents.”

The company stopped short of accepting responsibility but owner of the company and Coma Town Councilmember, Jax Owen, said there is some evidence to suggest the bone fragments and beaks may have caused at least one of the victims to choke.

“We know for certain one of the guests choked on a goat femur,” Jax said. “that’s a pretty big bone to try to take down in one swallow. But when you play the bone-eating game, you gonna win some and lose some.” 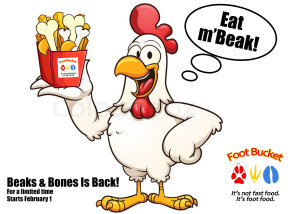 Micah Horncraft tried unsuccessfully to launch ‘The Grape Hut‘ as a healthy alternative to The Foot Bucket feels that these incidents might help citizens of Coma realize that healthier options are safer options. “There’s really only so many ways you can eat bones but grapes are soft and not fried.” said Horncraft. 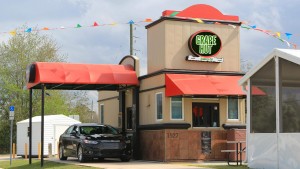 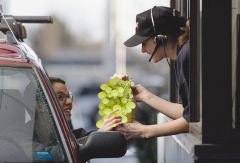 “Beaks & Bones” is an annual limited-time promotion the company runs every February. Historically, it is one of the most popular promotions with consumers and has driven record revenues for Foot Bucket in previous years.

“This may be one of those watershed moments for our organization,” Jax  said.  “Maybe it’s time to look at soft tissue and organs. A bit easier to swallow and less violent to digest.”

The company’s website also stated it was moving up the start date of a new promotion called “Arctic-Fest”, which will feature an assortment of arctic mammal foot-food including caribou, moose, Dall sheep, ermine and musk ox.  That promotion will start March 1 and run throughout the month.

Tags: animals, choking, fast food, food, foot bucket
← An LOL Girl Mystery- Is there a potion to make you understand I belong with you?
8 Moments from Fantasy Animal Shooting of Local Hunter →