Tech Corridor to Rise from The Ground Up

by Coma News Daily Staff
Where do the best and brightest minds of Coma go to create the latest technological advances?
Silicon Valley?
Wrong.
The next Steve Jobs is likely lurking in a neighbors basement near you. And Bob Smith-Smith wants to harness the contributions of Coma’s very own tech wizards for the common good.
Smith-Smith, whose previous contributions include retail innovations using snap chatting millenials, proposed a town ordinance to transform qualifying neighborhoods into technology corridors. 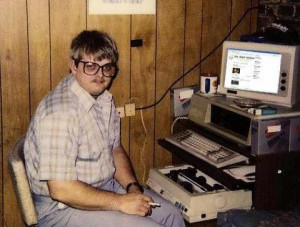 Living in a parent’s basement is not a new phenomenon but harnessing the power of that life without the irritating preoccupations of having to care for yourself is the promising future.

“I was trying to figure out how we could make Coma a pioneer in technology by bringing people from Silicon Valley here,” said Smith-Smith. “But then I realized that we didn’t have to look any further than our basements.”
An inspiration for the proposal was Smith-Smith’s son, John, a 35-year-old, avid gamer and “computer wiz,” Smith-Smith said.
“Things like a work ethic and ambition can be taught but you can’t teach an inborn skill like coding,” he said.
The proposal, which would provide $50,000 annual grants for homeowners with an adult-child “computer genius” living in their basements, has drawn early support from some residents.
“The lack of a job or life skills shouldn’t be held against our town’s beautiful adult children,” Marlee Bumgartner, 39, who has lived with her father for her entire life. “What better place to foster true artistic creativity than in the basement of one’s parents?”
Smith-Smith also touted the proposed ordinance’s provision of “plaques of conspicuous achievement” for the young adult “thought leaders.”
“I’ve already cleared some space on John’s wall of school awards for ‘extreme specialness,'” said Smith-Smith.
Not everyone is happy with the plan’s proposed funding source of a new income tax.
“Nothing good has ever happened in a basement,” said Town Councilman Jax Owen.