Efforts to curtail the growing threat of scary clowns in Coma have resulted in the imprisoning of several smug, dyed-hair hipsters, the Coma Sheriff’s  Office acknowledged.

“Our ‘See something, say something’ paranoia campaigns appear to have spawned widespread panic about every
blue-, gray-, and orange-hair freak out there,” Sheriff Paul T. Frostnib said. “Unfortunately, it turns out a lot of those freaks are hipsters.”

Like many communities, Coma has been gripped in recent weeks by a scary clown terror, during which 75 sightings were reported just last week. 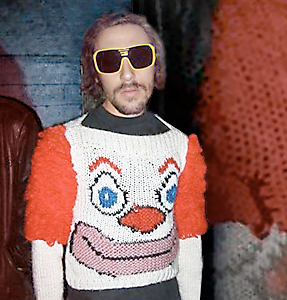 “Approximately 100 percent of the people arrested on suspicion of scary clowning, which isn’t actually a crime, were in fact just hipsters,” Frostnib said. “The good news is that our clown-related rate of violent crime remains at its historic rate of zero.”

The sheriff’s efforts to downplay the angry clown threat rubbed some residents the wrong way.

“Has Frostnib never see the Steven King movie ‘It’? I never thought I’d see the day when these nightmare clowns would strike our town,” said Coma Mayor Dave Anderson, who is commonly referred to as “that clown mayor.” 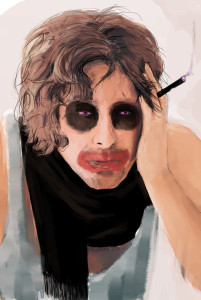 Anderson urged residents to “keep those calls pouring in to the police. We can’t afford to let one of these bastards through.”

Meanwhile, Bob Smith-Smith, who occasionally performs as Spazzo the Clown, said the scary clown scare has placed all harlequins under suspicion.

“I have a hard time driving to the grocery store in costume, and forget about celebrating Get a Surprise Hug from a Clown Day,” Smith-Smith said.