A Pasión for the Holidays

By Coma News Staff
Have you felt a desire to get involved and publicly celebrate the holiday season? Do you love Christmas? Are you a Druid?
If you answered yes to any of those questions then you may want to audition for the Coma Players’ annual “Pasión of the Winter Solstice Christmas Spectacular/Hanukkah Play” this Saturday at the Coma Public Library.
“Bringing all of these important holidays together as a way to let people dress as Persians who bring gifts and celebrate stuff is really important,” said Shane Darvish, director of the Coma Players. “And hopefully this year little Jimmy Cracker won’t set any goats on fire while lighting the Menorah. Let’s burn one thing at a time, people.” 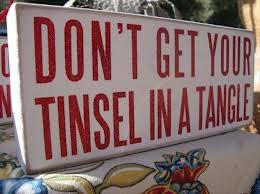 There were multiple injuries at last years Pasión play as many cultures and seasonal greeting celebrations collided on one stage. The donkey got mad at the pagan winter rite tree, while the empty Atheist gift box tussled with the turtle doves from the Twelve Days of Navidad.
The town-funded event has evolved from a Christmas pageant to a celebration of cultural diversity, mainly by renaming the principal characters with Spanish versions of their names, according óto a leading booster and Mexican-American Bob Smith-Smith. His youngest son, Francisco, an infant, will play the lead character Jesús (pronounced Hey-Soose), while his five older children will fill supporting roles.
The event’s past troubles have drawn some criticism.
“We need less cultures colliding,  especially in public,” Town Councilwoman Natalie Peters said.
Peters also noted that the town only recently completed its cleanup from the Coma Players’ last production of Our Town.
“Instead of talking about all the things that tear us apart during this season lets talk about what we have in common, such as Amazon Prime and the Acura Season of Reason,” said Peters.