May. 15 News no comments 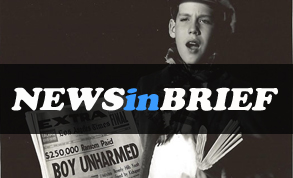 NO CHARGES FOR FIGHTING CHICKEN

Authorities announced this week that Gary, the fighting chicken recently involved in an attack on director Shane Darvis, will not face criminal charges.

The chicken viciously attached the director during the first all-animal rendition of the famous Greek comedy,  “Lysistrata” on April 28.

“It is a sad day for Coma when a criminal like Gary is allowed to fly free,” Darvis said from his couch where he is still recovering from multiple scratches.  “I guess he really didn’t fly free.  He walked.  Or waddled?  Strutted?”

MAYOR REASSURES CITIZENS ‘LORD OF THE RINGS’ “CAN NOT HAPPEN HERE”

Mayor Dave Anderson addressed local media this week in an effort to assuage concerns regarding the possibility that events from the popular film series “Lord of the Rings” could happen in Coma.

“There is no evidence that any of the stuff portrayed in those films could happen in our town,” Anderson said.  “The things in those movies took place thousands and thousands of years ago.”

According to Donovan, the solution to world poverty and hunger is to make currency a free commodity so that people had money to purchase food, water and video games.

“Think about it, if money were free to everyone, there would be no need for people to go without money,” Donovan said.  “Just have a place where people can go and get as much as they want.”

“No more guess work,” Anderson said.  “With this new system, you will know precisely what the weather was  yesterday.  It’s THAT accurate.”