Mayor Dave Anderson announced this week he has recently “taken up” Microsoft Excel and vowed to use the popular software program to improve press conferences, share important data and to generally “add more cool technology” to the town’s government.

Anderson, who included several large-print graphs and pie charts during his announcement, said he stumbled upon Excel by accident while trying to open the YouTube link on his desktop.

“The little icon had always been there,” Anderson said. “But I assumed it was a program only accountants or scientists used. Not mayors. It’s so cool.” 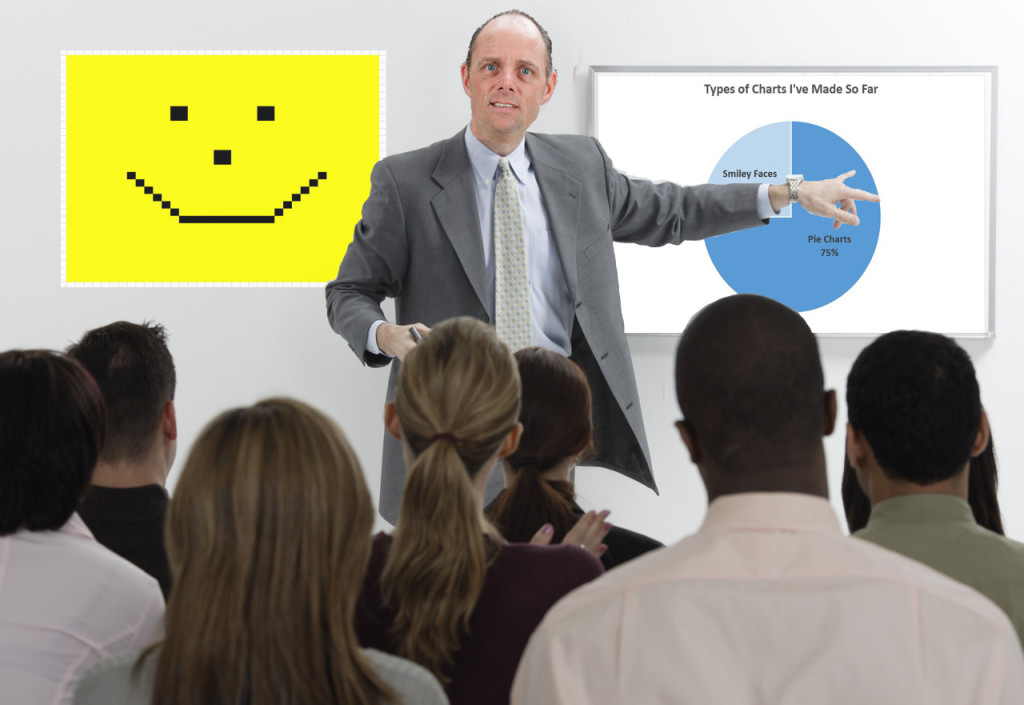 ABOVE: Anderson shares a graph he recently made after discovering Microsoft Excel by accident. “It’s so cool,” the mayor told reporters.

The mayor started “playing around” with the program and quickly discovered a number of interesting features and useful purposes he believes can help city government be more “big time.”

Anderson shared several of his projects at the press conference, including his very first Excel project; a smiley face made by filling cells with different colors.

“It’s not only a great tool for making graphs,” Anderson said. “You can also use it for art. It’s so cool.” 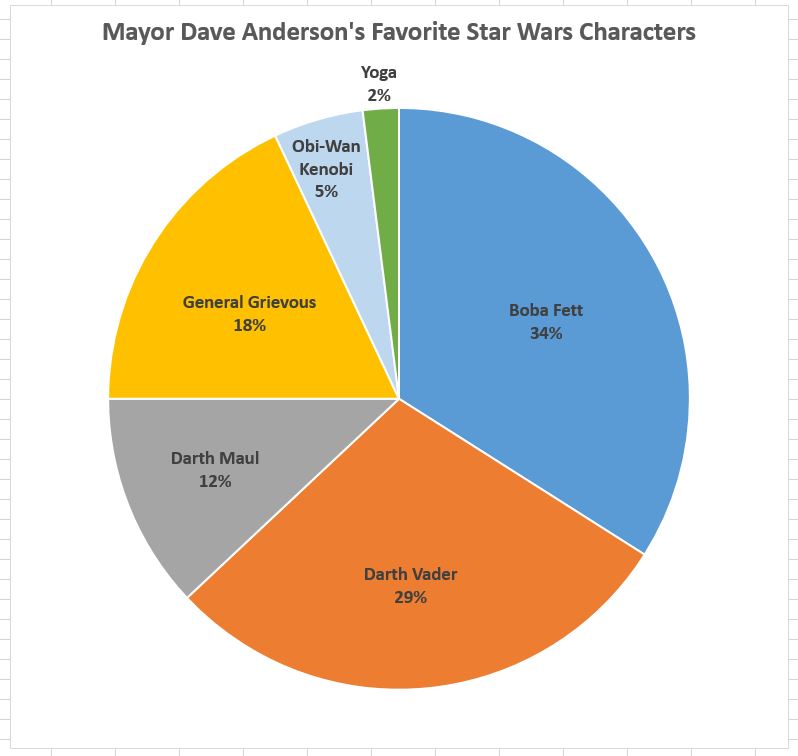 According to his critics, Anderson’s announcement lacked real substance and once again demonstrated the three-term mayor’s ability to divert attention from real issues.

“They were rudimentary at best,” former council member Bob Smith-Smith said of the mayor’s charts. “He clearly has a tenuous grasp on analytics, data and statistics. One graph was dedicate to the types of graphs he had made so far. What purpose does that serve?”

Anderson said he felt “re-energized” by the software tool and he looked forward to using it daily to help run the government more efficiently.

The mayor shared several charts, including a pie chart that showed his favorite Star Wars characters and one showing the types of coffee he enjoys drinking (dark roast).

Anderson cut the press conference short and said he wanted to continue to explore the “cool” program further.

“There are dozens of things you can use it for,” Anderson said. “You can make lists. You can do other stuff. I think we’re just scratching the surface. It’s so cool.”