Mayor Forgets Where He Put Copy of Budget

The town of Coma’s planned budget review was derailed last night when Coma mayor Dave Anderson admitted to council members he had misplaced copies of the proposed annual budget.

Claiming he may have accidentally used it to sketch pictures of futuristic car designs during a recent meeting,  Anderson stopped short of offering a full-blown apology and suggested the budget review continue based on “odds and ends” he remembered from the nearly 400-page document.

“I like to sketch flying cars,” the mayor told the council during the three-hour meeting.  “If that makes me a bad person, then…I guess I’m a bad person.”

While several council members grilled the mayor repeatedly about the incident, Anderson deflected the criticism and focused instead on his conceptual drawings.

“I’m doing designs that are probably 20 to 30 years ahead of their time,” Anderson told a confused-looking council.  “I’m conceptualizing four-door sedans that can fly.  Nobody else is doing sketches like that. Last week I sketched a flying 1998 Kia Concord! People don’t have the balls to sketch the types of flying cars I do.  And all you guys care about is where the stupid budget went? Priorities much?” 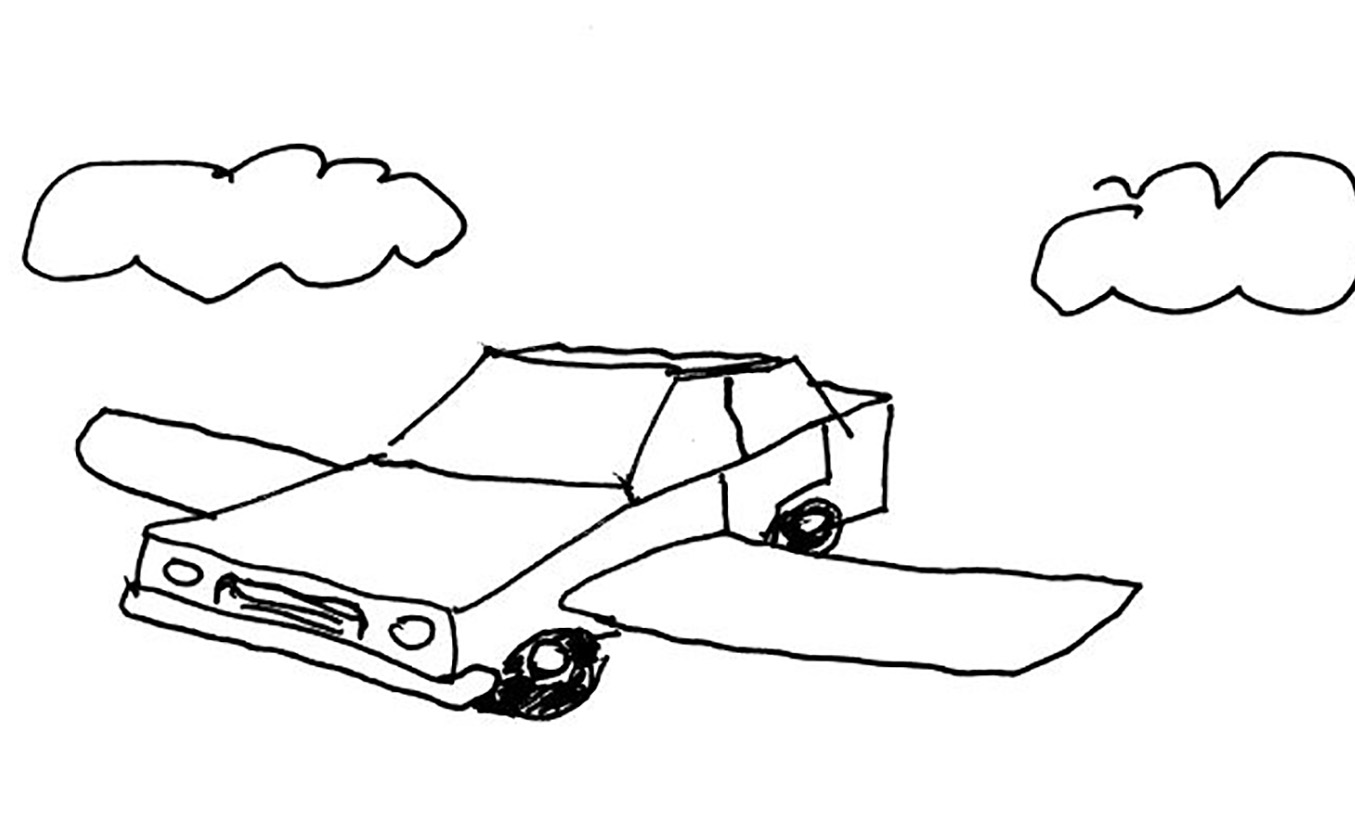 One council member, who wished to remain anonymous, expressed immense frustration at the irresponsible behavior of the town’s elected leader.  “He is betraying his fiduciary responsibilities in favor of child-like musings and poorly-crafted aircraft designs,” the council member said. “From strictly an engineering standpoint, most of those craft could not safely take flight or stay air-born for very long.  Maybe 20 seconds.  Maybe.”

Anderson told council members he recalled “pieces” from the proposed budget, including “a few hundo” for small equipment purchases by the parks department.  Ultimately, the budget review was postponed until next week to give Anderson time to find the budget.

“It’s probably buried somewhere in my ‘dream locker’, which is where I keep my sketches and drawings and predictions about stuff,” Anderson said.