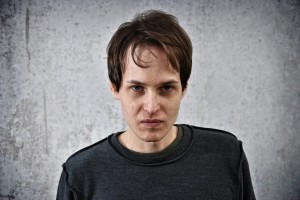 T.S. John, who set a personal record for getting ready for a night out on the town in November, recently reported that he accidentally ate an entire comb.

In his never ending quest to maximize his preparation processes, John said that while getting ready to go the movies with his girlfriend, Carol Tate, he accidentally mixed up a chicken wing with the comb and before he knew it, he had ingested the entire piece of plastic.

“I messed up,” an embarrassed John admitted. “I was going so fast and somehow got my hands mixed up and started combing my hair with a chicken wing and eating a comb.  When you try to do something no other human being has ever attempted, stuff like that is going to happen.”

John said the digested comb was a Vidal Sassoon 5-inch pocket comb that he recently purchased from a local drug store.

“It was a sweet little 113 millimeter fine-tooth comb and it went down pretty smooth,” the 25-year old said. “I mean, hey, at least it wasn’t a brush or a blow dryer or something. It was a pocket comb. It could happen to anybody.”

John was attempting to get ready in record time for his night out on the town. According to his girlfriend, John has been obsessed with the pursuit for the past several months.

“I guess you could say he is pushing the envelope when it comes to getting prepared to leave your house for a casual night out with friends,” Tate said of her boyfriend of nearly two years. “That’s what he’s always saying anyway. I guess it’s good that he has some ambition though, isn’t it?”

John said he is currently doing things in the personal preparation realm that only decades ago would have been thought to be impossible. As part of what John calls his “Sub-Ready” objective, he said his ultimate goal is to be ready for any social gathering or mixer before he even knows he will be attending such an event.

“It’s kind of like I’m traveling back in time,” John said. “My hope is that one day Carol will say, ‘let’s go to dinner’ and I will be so fast at getting ready that I will just say, ‘alright, let’s go’, because I’m already ready already.”

Although John acknowledged he had yet to pass the comb through his digestive system, he is not discouraged by the latest set-back.