What the Hope Happened? An LOL Girl Mystery 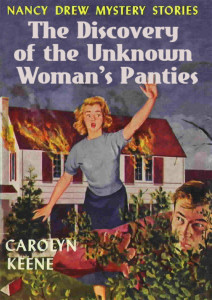 Marybell Davis, awesome blogger of awesome things and private detective who solved the Mystery: Nothing Depends on a Red Wheelbarrow

Daddy Warbucks: How’s the application for your graduate degree in Psychology coming, Marybell?
Me: Not now, Daddy. I have to figure out what happened to Hope.

The bar was packed and people were yelling. Two drunk guys were arguing over whether or not Metallica defined metal and I didn’t even know there was a metal named Metallica. 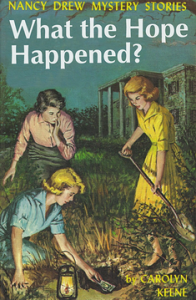 Hope kept going on about how she’s just fed up with this world and how stupid it is. How nothing gets better and there’s no love. And a drunk biker with a beard stumbles over to the bar and picks up a guitar and starts strumming “Silent Night” for some reason. Probably because they just hung up the Christmas lights outside. And everything gets quiet and some people start humming along and  Bear, the bar owner, is German and he sings loud and in his language – “Silent Nacht” or something which makes the whole thing sound better.
And Hope stands and screams, “you all are a bunch of idiots! It doesn’t matter how loud you sing because it means nothing. Just nothing. Those two fat guys will go back to fighting because they can, our town government will ban singing because someone’s vocal chords got hurt, and no one will find love because its easy to fall in but not stay.”
She threw her glass on the dusty floor and ran out of the bar.

And I just started laughing because Hope is really dramatic. The song just sounded nice when everyone sang together and sometimes we just have a moment to sing because that’s all we can do. Just sing. Poorly.
I can’t explain what happened to Hope. But when I found her outside by my car I got her to listen to me sing a couple carols–while she cried on my shoulder and threw up in the parking lot.
For my next mystery as a private dick (gross) I plan to solve what a bough is and what it did to get decked.

But until then it’s a Silent Night because Hope passed out in the back seat of my car and inside that dirty bar they are still singing.

It’s loud and drunk and full of beer but they are still singing carols, together.