May. 23 Living no comments

According to a group of precocious teenage delinquents in Coma an old, rusted, abandoned car they found out in the woods may likely pre-date all of human history.  The young, budding archaeologists arrived at their shocking claim after spending an afternoon throwing rocks at the car, taking turns urinating in the front seat and trying to set in on fire. 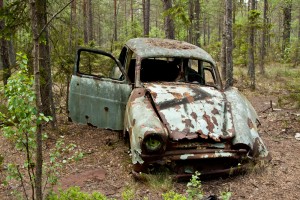 “Look at it,” urged ringleader Brett “Chili Bones” Davis.  “That car is older than shit. It has definitely been here since before Columbus killed all the Indians.”

According to Davis’ crew, the young man is probably not too far off on his claims.

“Scientists don’t have any way of knowing how old shit is,” offered Reginald “Lil’ Soap” Sully, the gang’s self-appointed enforcer.  “That car has weeds growing in the back seat!  You telling me it was just dumped here last week? I don’t think so,” added the 17-year old. 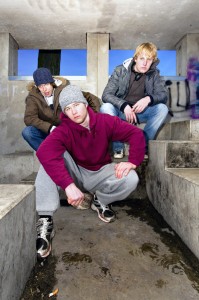 Initially, members of the group estimated the car’s age to be 25 to 30 years old.  But Ricky Pox escalated the estimate to more than 100 years after unsuccessfully attempting to take a dump on the hood of the prehistoric automobile.

“It’s all rusting all to hell,” Pox said.  “It takes like a hundred years for rust to set in like that I think.”

“I’ve never seen anything that old,” Davis began.  “Not even on TV shows or in school books.  It’s definitely older than the pyramids because they don’t got no rust on them.  That would make it a couple million years old or so.  Definitely older than humans.  Probably even older than dinosaurs or Chinese people or even water.”

At the time of publication, scientific verification on the precise age of the abandoned automobile was still pending.