Skip “Robbie” Roberts would have been happy to know he went out with a “click.”

The Coma native and self-described diddler passed away Saturday surrounded by his various inventions and 59 years worth of accumulated brick-a-brack.

In addition to his chronic hoarding, Roberts was known in Coma for inventing a universal remote kit. The clicker and motor combination has been installed in most Coma homes to remotely open kitchen cabinets, doggie doors, closets, and cookie jars.

But by far the most popular version of the remote control was the kit to remotely control toilet seats, called the Can-Can.

“The life-years this guy has saved me messing with the pot every time I hit the throne room are beyond count,” a tearful Mayor Dave Anderson said during his eulogy for Roberts. 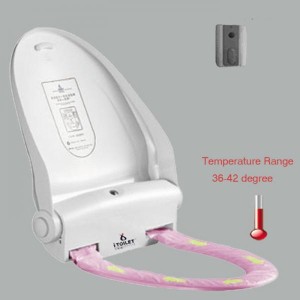 But every invention has its dark uses and immature husbands around town commonly used the powerful Can-Can to close toilets on their unsuspecting wives.

“Oh my gosh, I totally forgot to mention the girl-swirl,” Anderson said in a post-funeral interview. He then launched into an extended crying jag.

One of Roberts’ customers appeared to get the last laugh when the remote controlled lid to his coffin began to sporadically open and close during the otherwise somber funeral at Coma First Baptist Church. Eventually Anderson laid across the coffin lid forcing it slowly shut. Anderson remained prone across the lid until the tiny motor simply wore out.

← ‘Sergeant Sausage’ to Win Conflict Resolution Derby
An LOL Girl Mystery: Why So Much Suffrage? →