Author to Resolve Haiku Stand Off?

Famed memoir writer Alan Wieder will attempt to resolve a dispute that has prevented completion of Coma’s first poetry contest.

“Apparently FX and Comcast wanted someone to come and solve the ‘Justified’ haiku problem and they told me that Alan is as good as anyone to solve it,” Mayor Anderson said. The contest for a best ‘Justified’ tribute poem was suspended over allegations that the winning entry was not a haiku as claimed.

“I haven’t read Fifty Shades of Grey the memoir since we’ve banned paper products that include books. However, there is an apparent TV series coming out so I’ll watch that with closed captioning, which is similar to reading a book.” Mayor Anderson said.

Wieder gained fame and fortune after publication of the book that detailed his love of prancing around wearing only monochromatic colored bow ties. Fifty Shades of Grey, a memoir about memories, bow ties and nudity, went largely unread in Coma but details of the book that have emerged from online searches sounds compelling. 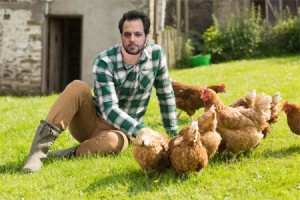 Our town psychic and weekend reporter saw this vision of Alan Wieder prior to actually interviewing him.

“I just want him to tell me I won the poetry contest.” said Robert McGuiness, whose first place finish is under review. “Can someone just tell me I won so I can go back to drinking and writing?”
This is not the first time Hollywood has come to town but it is the first celebrity visit to elicit sadomasochistic bondage displays by members of the general public in Coma.

The visit led Marlee Bumgartener, Coma political activist and shut in, to ask why “everyone in this town is a bunch of idiots?”

Bumgartener said Wieder’s book is about marriage and a Porsche and how the author sometimes dresses as Green Day front man Billie Joe Armstrong as seen here . 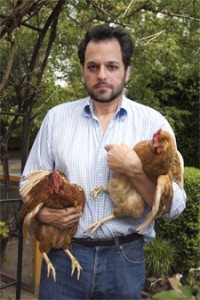 When he’s not writing about bondage Alan enjoys spending time on his farm and wearing make up to make himself look like Billie Joe Armstrong.

“And who wants to read about that?” She said.
Bumgartner is still upset that her poem mourning the loss of ‘Breaking Bad’ did not win.

“I would like to remind that frigid chick Bumgartner it was a ‘Justified’ poetry contest and not a contest about cancerous dope fiends,” said Robert McGuiness.

Mayor Anderson was excited to find out that Alan Wieder is more than just an author.

“I am most excited to know that Alan Wieder produced the show Fantasy Island.” said Mayor Anderson. “I loved that show and what it did for midgets and imaginations everywhere.”

The rumors that Alan Wieder invented the television show Fantasy Island have not been confirmed by Coma News or by google search.

New addition to Coma News staff, Thomas John- Tarot card reader and psychic, hopes to do a pre-breaking prenews story with Alan prior to his visit.

You can read Alan Wieder’s novel on the Amazon Kindle or order it if you still like books made of paper.

Tags: Alan Wieder, Alan Wieder Year of the Cock, Fifty Shades of Grey, Haiku
← Dr. Jimmy’s Advice: How to Know When Someone is Stalking You
Sales Languish for Bill O’Reilly Seduction Album →