By Jonny Reynolds, reporter, does not have social phobia

A fantasy animal shot a local hunter Saturday and the shock-waves are still reverberating through Coma.

Here are eight things to know about the incident, its aftermath, and how to keep your family safe.

1) No animal has ever previously shot Jax Owen with his own Limited Edition Excalibur Matrix 380 Lynx crossbow.

2) The legendary jackolope apparently got ahold of Owen’s weapon while the hunter was helping instruct three members of the Town Council’s Govern Girlz during their annual charity hunting trip. 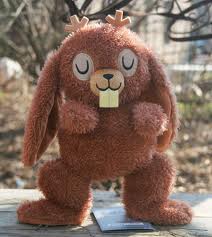 3) Owen and the Govern Girlz’ members were sober and fully clothed at the time of the incident.

6) Dr. Jimmy said he expected Owen to make a full recovery “as long as he replaces his poultice daily and remembers to take the juice of the horehound.”

7) The three members of the Govern Girlz were treated for shock and anxiety with full body applications of
lemon balm. “You can never be too meticulous in the application of lemon balm,” Dr. Jimmy said.

8) The whereabouts of the mythical assailant remain unknown but Sheriff Paul T. Frostnib said residents should be safe as long as they “don’t go running around the woods like half-cocked idiots.”