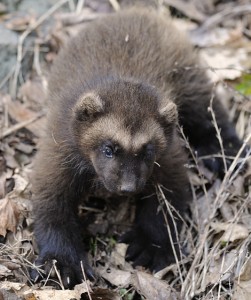 For Sale: Baby Wolverine- Have a litter of baby wolverines for sale.  Great pets as long as you keep them in a secure, fenced location and never go near them.  This one is six-weeks old and has razor-sharp teeth and claws.  This fun, furry animals is a great addition to any family as long as you have no desire to actually pet on it or wish to gain any sort of emotional warmth through the joy of being a pet owner.  All shots are current!  He is house broken but again, you should not consider ever bringing this animal anywhere near your home or your children or any confined space whatsoever.  They don’t like to feel trapped.  We have names him “Mr. Tickles” but you can change his name if you want.  Contact Joan if you are interested.

PS- This animal will maul your face off if given the chance!

“Yep, I did,” Hughes said.  “I was feeding it and changing the litter box and all kinds of shit and it turns out it wasn’t even a cat.”

According to friends, Hughes started talking about finding a stray cat several weeks ago.  He told them he took it in and decided to keep it as a pet.

“I stopped by to see him and when I walked in I saw him laying on his couch with a watermelon on his chest and he was just stroking it real soft,” Hughes’ friend, Rocky Thompson said.  “I didn’t say anything at first, because sometimes C.J. likes to touch fruits and gourds and even vegetables.  But this was a little different.”

Hughes said it wasn’t until the melon began to rot and stink up his house that he realized something was amiss.

“It stopped smelling like a cat and started smelling like rotting fruit,” Hughes said.  “That’s when I took a closer look and really thought about what I was looking at.  I was like ‘hey, that ain’t a cat or even a kitten.'”

Hughes admitted this wasn’t the first time he’s made such a mistake, citing a four-month stretch in 1998 when he attempted to breed his Doberman Pincer with a pineapple.  Hughes said this recent incident was more embarrassing because he is pretty certain he bought the watermelon at the grocery store himself.

“I’m pretty sure I bought it at the store, brought it home, put it in my refrigerator and then forgot about it,” Hughes said.  “A few days later I opened my fridge and saw what I thought was a cat sitting there next to my cottage cheese.”

Hughes said despite the fact the watermelon wasn’t a cat, he decided to bury the remains of the rotting melon in his backyard.

The town of Coma announced today that the mayoral election has been re-scheduled for Tuesday, December 3.  The announcements come on the heels of a recent gaffe in which the entire town forgot to vote.

“We take voting and elections very seriously in Coma,” Mayor and former standup comedian Dave Anderson said.  “I had about five good minutes of material I was going to riff on at this point, but it’s probably too soon.  But just know there will be a time in the very near future when I’m going to break out my Coma election jokes.  They are going to be hilarious and a little wacky.”

Town officials are hopeful the second time is a charm and have even went as far as to pass an ordinance to distribute small American flag stickers to people who vote as additional incentive to participate in the process.

“Considering we have a ban on paper products, we might have to go with buttons instead of stickers,” Anderson said.

Based on the most recent polls, Anderson trailed his rival, paving magnate Russel Stonewall, by as much as 12 points.  Anderson said he will take advantage of the extra time and has not lost hope on his bid for re-election.

“I feel like I’ve been given a second chance,” the mayor said.  “I’m not going to waste it.  I might even take a few minutes and vote myself.”

Woman Dies, the Comes Back to Life, then Dies Again

Coma resident Cheryl Maplethorpe died suddenly on Tuesday, then came back to life, then suddenly died again.  The 35-year-old receptionist was at work when co-workers said she collapsed near a copy machine.  Maplethorpe was rushed to Coma General Hospital where she was pronounced dead.  Moments later, as she was being wheeled into the emergency room, Maplethorpe came back to life.

“She just kind of woke up and looked around and asked if she could have some 7-Up,” EMT, Peter Buchanan, said.  “We didn’t have any 7-Up.  There was some Sprite in one of the vending machines but when I asked if she wanted a Sprite, she stuck out her tongue, made devil-horns with her fingers and then suddenly died again.”

Paramedics and hospital staff attempted to revive Maplethorpe but were unsuccessful.

Coma resident Janice Wainwright mispronounced the word ‘character’ recently in front of her boss.  Wainwright, who works at Speedy Tax, said she was told about the error by co-worker, Benji McKnight.

“I was mortified,” Wainwright said.  “But to be honest, I had never heard the word pronounced out loud and I thought the C-H letters made the sound like they do in ‘cheese’ or ‘chop’.”

Wainwright said her boss, Denny Neighy, didn’t seem startled or disappointed by her error and didn’t appear to treat her different afterwards.

“I think I’m going to be okay,” she said.  “How the hell are we supposed to know how all these words are pronounced anyway?  Someone needs to invent a talking dictionary.” 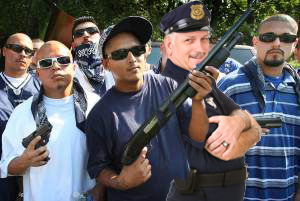