Tweet
By Coma News Staff
Jax Owen was sitting in his office at Jax Used Cars of Coma this week and contemplating how many mule carcasses to accept in trade for used cars. He never expected that important work to be interrupted by a letter-writing campaign.
Women from around Coma this week deluged Owen and other members of the Town Council with multiple letters about their feelings on the winter, ingrown toenails and migratory patterns of local wildlife.
“They were writing me stuff about the favorite colors and their grandmothers hysterectomy and it was hard to figure out what policy issue they actually wanted changed,” Owen said. “One woman wrote in all caps that she didn’t want her uterus pulled out but I’m pretty sure that’s already illegal.”
Coma Sheriff Paul T. Frostnib said no uterus thefts have ever been reported in Coma.
“The only organs taken that I can recall was the theft of some calf kidney’s a few years back,” Frostnib said. “But that was from a cow was already slaughtered so I’m not sure if cannibalism is a concern that these women are raising–is it?”
One of the organizers of the local letter-writing campaign, Councilwoman Natalie Peters, said the goal was for local women to “speak out.” 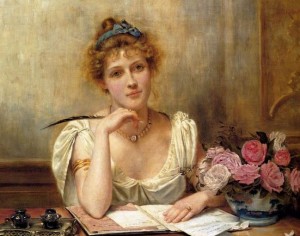 When asked what specifically women should speak out about, Peters said, “everything.”
Owen said he will be able to better understand what concerns local women are talking if they attach their picture to their emotional plea. He promised to select “the cream of the crop” to visit him personally at the Town Council chambers, where he promised to offer “therapeutic hugs.”
“If we can’t figure out what specific policies they want to change at least we can help them hug it out,” Owen said.