Town to Ban Best Part of Waking Up

May. 03 News no comments

Its time to set your pitchforks to “roast,” Coma.

In a bold political move–eventually referred to as “one of the worst decisions ever”–Mayor Dave Anderson will spearhead next week a local ordinance banning caffeinated substances of any kind.

This reporter has learned about the town’s coming “cafe-maggedon” from a peyote-fueled fever dream eventually treated with coffee. 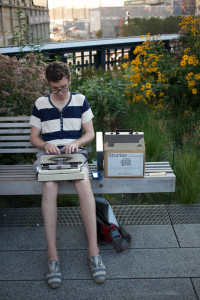 The ban will spawn almost immediate opposition once everyone realized Mayor Anderson wasn’t joking. “We need to ban everything because people are clearly idiots and can’t make rational decisions.” Mayor Anderson will say.

The ban will be enacted as an unnoticed provision of an omnibus bill conferring a range of dog rights.

Days after the ban hospitals will be flooded with migraine victims as local stores institute cartel-level pricing on Tylenol and other over-the-counter painkillers.

The Society for People Who Write Stuff at Coffee Shops will be forced to disband about 20 minutes after the ban begins. It will take the town years to recover from the loss of the fearless vanguard of writers awaiting immanent acclaim for their blogs and comments section posts.

All union workers will vote unanimously to delay the start of workdays until noon or 2pm on Mondays. The town’s afternoon nap incentive program will finally receive the funding it has long deserved. 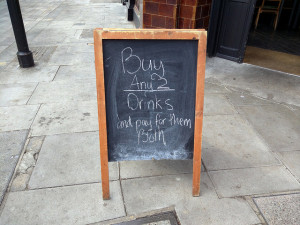 Illegal chocolate covered coffee bean runners will spread through town “beaning” customers and baffling police, who will be powerless to care about their crime.

Several protests-turned-riots will demand the town’s lights be “turned down a bit and could everyone just shut up for once?”

The ban on caffeine will last for approximately 12 days until City Hall insiders discover Mayor Anderson’s secret cache of 80-pound bags of light roast Colombian hidden behind a false wall in his office.

← Mayor Dave Anderson’s Proclaimation About Giving Up The Past
Buy My Screenplay: Matt Damon Returns In “The Pretty Good Wall” →