May. 01 Sports no comments

The first time Chase Donovan touched a tree was when he was 12 years old. But now he regularly rides over saplings with gusto.

Like many other Coma kids, Donovan transformed from a video game addicted, 250 lb. pre-teen slob to an fit, socially aware young man with the help of The Coma Games.

Now Donovan is to give back by volunteering at the 5th annual event which aims to address the various “epidemics” afflicting children of the town by constructively engaging them in their environment. Specifically, Donovan is helping to run the Coma Games’ ATV races “for fat kids.” 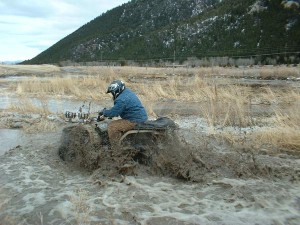 Chase Donovan is no longer fat now that he discovered “the outdoors are fun”.

“It’s what got me to consider that maybe not every non-Xbox activity was totally lame,” Donovan said about the race. “I had never moved anywhere near that fast through the woods so I pretty much became a speed junky after that.”

Jax Owen, who supervises the ages 14-15 Jeep-based Mud Bogging competition, said he has seen more success stories like Donovan than he can count. 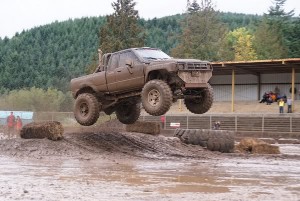 Mud bogging was added to the Coma games and has become one of the most popular additions.

“Once you give kids access to high-powered motorized vehicles and paint guns, you pretty much can’t get them to sit in front of a TV again,” Owen said. “And it doesn’t hurt that they give me all the vehicles, paintball guns and other equipment when this thing is over.”