This Time I’m Sure Aliens Are Here

They didn’t listen when I said aliens were transmitting through my ceral’s “snap, crackle and pop,” and they were oddly unconcerned when the ATMs with mirrored glass popped up all over town (who are their cameras really watching?).

But it’s truly time for my fellow Comatons to wake up and face the reality of aliens in our midst.

I first grew curious when I noticed these guys doing something no drunk adult would even consider: riding bikes on the winding court roads all around town.

I remember first seeing these guys when my buddy Roger almost drove one off the road. I was like “Man, that dude must be high ’cause we almost killed him dead.”

But my buddy was like “No dude, he’s not high; he’s a street biker.”

And then I noticed these dudes on streets all around town. You’d be blasting down some winding country lane in you El Camino and right around a blind corner there’s one of the “street bikers” huffing his way up a hill at 2 MPH. 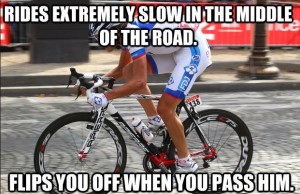 And they’re doing this for fun.

Seriously, most of the swarms of these guys show up on the weekends, so it’s not some kind of group of guys desperate to get to work or class after all their cars broke down.

Not is there apparently no normal human worry about risking your life to do something “fun,” these guys also apparently know that normal laws don’t apply to them. I saw like 25 street bikers blast through a red traffic light in the center of town without even slowing down. And they were flicking off a cop while doing it!

My tail would be dragged out of the El Camino and beaten for 20 minutes solid if I pulled that one!

Then it occurred to me, if they’re not drunk, crazy or stupid, then they must know nothing can hurt them–not gravity, physics, the law or common human decency. And if none of those things apply to them we have to be dealing with something not of this world. 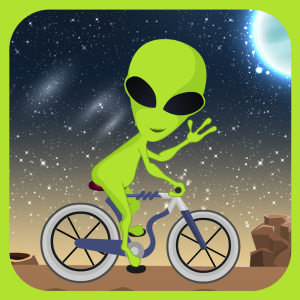 So the next time you almost have a head-on collision after a 3MPH street biker forces you drive around them, remember that we continue exist only because these alien overlords allow it.

And if you don’t see me again it’ll either because they got me or because I finally figured out a way to move to Colorado. 4:20 Forever!

Coma News will hire its first and only pre-news reporter next week, the newspaper was told today. Thomas Steven John, psychic, Tarot card reader and miniature plane enthusiast informed Coma News’ editors today that they will offer him the weekend reporter position on Wednesday.

“You? Really?” Don Johnson Michaels, editor of Coma News, said when informed of the coming hire. “I don’t even remember getting your resume.”

John, who has no knowledge, experience or interest in journalism, will cover breaking news in advance of each coming weekend.

“These horrific visions, which we’re calling ‘pre-news’ come into my head totally unbidden,” John said. “It’s like when you’re waiting for the show you want to see and before it starts you are forced to watch the last five minutes of the news.”

For instance, John learned during a peyote-fueled fever dream last week that tonight’s Coma Elementary DJ party will be cancelled amid an outbreak of candy-induced vomiting and Liam Walsh being a stupid head.
Michaels, the Coma News editor, said he was excited about the “amazing” new hire.

“I don’t know about amazing,” Michaels said after reading the first draft of this article. “By the way, did you bring any cleaning supplies?”