The following is Serious, part of a year-long investigative series by Coma News Daily into the disappearance of a former editor, Don Johnson Michaels.

by Jonny Reynolds, reporter, who is not Ryan Reynolds and does not have social phobia 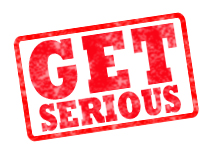 What does it mean to be a local journalism legend?

For Don Johnson Micheals, it meant first being a friend.

The best testament to Michaels’ friendship skills was his memorial service–held after he went missing last year and was presumed dead. Michaels achieved in death what so many hope for in life: a standing room crowd of friends testifying to their love of the man, followed by the release of tear gas.

We here at Serious thought thought there might be some clues about Michaels’ location–or at least where he might have been headed when he rode off a year ago–by sitting down and talking with a few of those friends.

Serious: So I’m curious why you decided to have mourners show up in costumes.

John: Well, it was a Show and Tell-themed memorial service. So the costumes were part of mourners’ re-enactments of their favorite Michaels-related memories.

Serious: And what did you re-enact?

John: Me and some of the other reporters did a scene from one of the many times our boss threatened our lives.

Serious: He tried to kill you?

John: No, he wasn’t serious, usually. He’d just say stuff like ‘Don’t make me go out to my car and get my baseball bat.’

Serious: Oh, so it was just rhetorical.

John: No, he had a bat. He used to smash stuff on my desk with it all the time.

Michaels was more than a workaholic. He spent much of his personal time caring for animals on the massive estate of his employer, Coma News publisher Davis Montgomery III, where Michaels lived in a barn.

Town Councilwoman Natalie Peters knew Michaels from her time riding show ponies at the stables. Her upset about Michaels’ disappearance is still obvious.

Peters: That memorial service was totally ruined by a group of loud drunken Scotchmen.

Peters: Who? Oh yeah, him. Anyway, you should should really investigate why none of those drunken hillbillies were charged with disturbing the service and upsetting the animals I brought to take participate.

Serious: Where do you think he went?

Peters: What, Michaels? I don’t know, I assumed he stole a horse so he could sell it and move to Tijuana. Isn’t that what every alcoholic dreams about?

Several of the intoxicated mourners who Peters was referring, who included Coma Sheriff Paul T. Frostnib, declined to talk to Serious.
Even a year later, the loss remains too painful to discuss.

When asked to comment, Coma Mayor Dave Anderson said simply “I thought we had all agreed to never talk about that weirdo.”

Next time on Serious: How was Michaels’ health, and could a festering case of gonorrhea have led to his strange departure? We sit down with his doctor next to ask these and other burning questions.