According to eyewitness accounts, Coma Mayor Dave Anderson made onlookers “uncomfortable” this week after staring at a baby in a local grocery store for more than eight minutes without breaking eye contact.  Several sources stated that what started as a fun, light-hearted interaction between the mayor and the infant quickly devolved into a strange, often intense stare-down by the mayor.

“I saw him (Mayor Anderson) stop and look at the baby and he said something and laughed,” Chase Donovan said. “Then he just stood there staring at the baby.  He didn’t say anything.  He just stared.  A big, awkward grin on his face.” 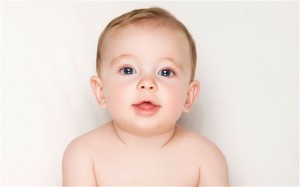 ABOVE: A baby that may or may not resemble the baby from the staring incident

The baby was sitting in baby seat inside a shopping cart.  The mother, Andrea Smith-Smith wife of Bob Smith-Smith and cashier at Bob’s Mart, declined to comment initially smiled at the mayor.  As seconds turned into minutes, the mother appeared to grow more and more concerned according to witnesses.

“She looked over her shoulder a couple times as she walked away,” Chase Donovan said. “After a few feet, she started to trot and really picked up the pace before disappering down the cereal aisle.”

Anderson was confronted by the media about the incident this week and stated while he did nothing wrong or intentionally inappropriate, he admitted to having some challenges in certain social settings.

“In a nutshell, is eight minutes too long to stare at a stranger’s baby in a supermarket?” Anderson asked reporters. “Where is the line between polite and creepy? It’s eight minutes, right?”

Anderson later elaborated that he only intended to stop briefly to compliment the baby but once he settled into his fixed gaze he “lost track of time” and found the infant bore a striking resemblance to a “newborn Robert Downey Jr.”  The mayor added he has learned his lesson from the incident and in the future will keep interactions with newborns to under 30 seconds.