Just in time for the Academy Awards, local memorabilia collector Dee Collins announced this week she is selling select pieces of her vast collection of extremely rare Hollywood merchandise.

“These are pieces that capture some of the most memorable moments in film making history,” Collins said. “The craftsmanship, quality and nostalgia are impeccable.” 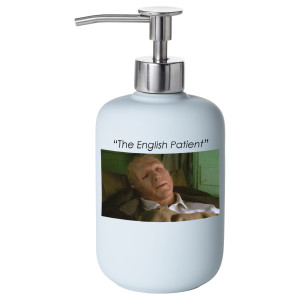 Among the items Collins is offering is a throw pillow featuring Leonardo DiCaprio as Hugh Glass from the film “The Revenant,” a limited-edition “Benjamin Button” lampshade, an imported hand-soap dispenser featuring Ralph Fiennes as the burn victim from “The English Patient” and a Talented Mr. Ripley’s Chef’s Choice Diamond Hone Electric Knife Sharpener 310 featuring Matt Damon as Tom Ripley.

According to Collins, it is not uncommon for film studios to make limited-runs of merchandise to help promote their films. Collins has spent years building her collection, which also includes a “Howard’s End” toothbrush set, a comforter featuring the cast of “The Insider” and a beer cozy from the film “Milk” featuring Sean Penn as Harvey Milk. 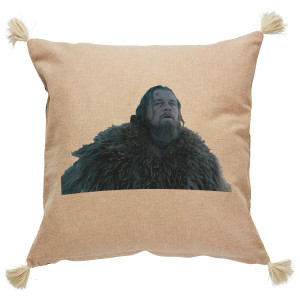 ABOVE: The intensity of Leonardo DiCaprio’s Oscar-winning performance is captured perfectly in this cozy, soft throw pillow.

Collins said she has spent nearly 15 years assembling her collection and hopes to one day open a museum dedicated to motion pictures and film memorabilia. Part of her motivation for selling select pieces now is to raise money to help make that dream come true. 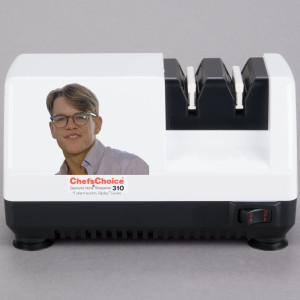 ABOVE: This electric knife sharpener was part of a limited “The Talented Mr. Ripley” series of knife sharpeners that also included Jude Law and Kate Blanchett.

“I want a place for people to go and be able to see things like a child’s sippy cup featuring the movie poster for ‘Cold Mountain,” Collins said. “I want to create that magical experience for people who love movies as much as I do.”

Collins, who is a noted children’s author and who has scripted more than 400 screenplays, said the sale will run through this weekend to coincide with the Academy Awards ceremony on Sunday. Prices range from $500 to $2,500 for more rare items.

ABOVE: Brad Pitt’s famous turn as the adorable Benjamin Button is forever memorialized on this exquisite and stylish lamp shade.