May. 18 Living no comments

The rain beats on the kitchen window like so many small fists. It’s been raining here in Coma for weeks and that makes me think I’m in Seattle without the coffee and angst.

So it’s spaghetti. If I went on Instagram I’d show you a pic. You’d love it. I worked to make the homemade sauce by opening a jar of Newman’s own and heating it on the stove.

The unrelenting rain beats down on the kitchen window and I keep moving and on the radio Patty Griffin sings a song about Rain,

“I’m not looking for the rest of your life, I just want another chance to live
Strange how hard it rains now
Rows and rows of big dark clouds
When I’m holding on underneath this shroud
Rain.”

From the kitchen I hear my boys in the other room. They’re laughing.

“Joe has a girlfriend.” yells Ben my 7-year-old.
“I do not.” says Joe, 13.
“You do. You do. That girl Jillian says she’s your girlfriend.”
And Joe starts laughing. “I guess I do have a girlfriend then because she told me the same thing.”
And he laughs and I hear him tickling his younger brother and I think about this Jillian and I’m annoyed she’s telling my son she’s his girlfriend and at the same time I like it. 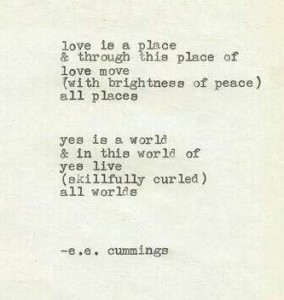 The publisher of Coma News Daily said if I won’t write about anyplace other than Bear’s Biker Bar he’s going to let my father write my columns because “at least he goes other places, even if he’s usually lost because of the Alzheimer’s.”

So, I started at my house and then ended up at Bear’s Biker Bar, where it’s Whitney Houston Haiku Night.

My father is over at the bar arguing with Bear about love. Bear is 32 and a skate rat and has probably has been with more women that most of huddled masses in this bar. 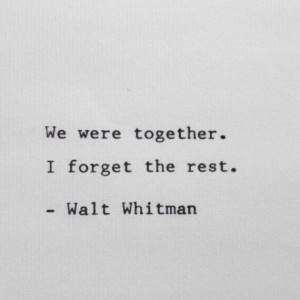 Up on stage, Charlie stands at the mic to read a haiku he wrote about Whitney Houston.
Whitney your song goes
Not so sad how will you know
someone to love you

“I knew because I knew. She made me laugh. We liked the same things.”
“She let you be free?”
“She told me to have a great day every morning.”

And I laugh to hear Dad talk about Mom because all I remember are all the things I didn’t do right as a kid. My tee shirts were too tight. My badness was “embarrassing” and my tattoo was scandalous. And it wasn’t until she was dying she just had one thing to tell me and it was so stupid and something I think about every day.

“All we have is this moment where the clothes don’t matter, the counterfeit successes, and all we have here is the people who we love.”

And shut up Mom. I know you are sick but really, such a cliché.

And then there I was three years later with my own husband dead and all I could see was my small boys crying.

We spend so much time in this life searching that we miss the small moments that matter.

Charlie gives us another Whitney Haiku:
Your makeup is gone
Whitney you were crying now
You are not alone

But sometimes we are.

“She’s always right here,” Stan says. And he points to his heart.
“I want that,” said Bear.

Charlie, the Coma Librarian, looks up from the crinkled paper he holds with all the Whitney Haiku’s he’s written and he says “Sadie are you singing tonight?” I shake my head and stand.

“Where are you going?”

I don’t know but I do know it’s time to run in the rain.

So I take off. Past my father and Bear who follow me to the door of the bar. Outside where the rain is coming down so hard I only make it to the dumpster. And I laugh. I can’t stop laughing. I couldn’t run further than the dumpster on the other side of the parking lot.

“She told me I had to love her,” Stan whisper-yells so loudly to Bear that I can hear him.

And all I can do is just dance in this never ending rain storm beside this grungy old dumpster and laugh.