Queries and Quislings is an advice dispensary offered as a community service by Coma News Daily Publisher Davis Montgomery III.

Dear Query Guy,
Why haven’t my dreams of fame and fortune come true, yet? I can understand why other people I know have failed at every attempt to strike it rich and famous quickly through the sheer force of their personalities. But I’m different. I’ve always felt a strong affinity and connection with the rich and famous that your average nobody just wouldn’t understand. So where’s my Grammy Award-winning platinum album?
Signed,
So Over Losing 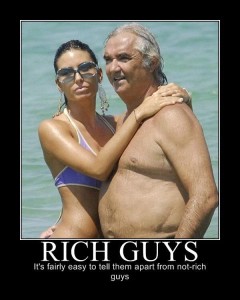 Dear SOL,
Why do some of us achieve the lives of our dreams, swim in bottomless pools of adulation and cash, and get to O.D. by 35?

The answer is hard work. Sure, some whiners will claim that inherited wealth, key professional connections and staggering good luck drive most success. But those people have never grown a mere $15 million inheritance, $100 million in interest-free loans, multiple exclusive social club memberships and political connections that would put the Queen of England to shame into a staggering $160 million fortune.

Was all of my hard work worth it?
Of course!

In one instance, the tribulations of the wealthy are entirely unrelated to the troubles of the great unwashed. Whereas an average Jane may get into credit card debt over a compulsive Target shoe-buying habit, my wife will spend the equivalent of an Indian casino’s annual revenue buying the entirety of a grotesque French fashion line.

Although I could continue with an endless number of ways that the picadillos of the wealthy are wholly evolved from the mundane drudgery of non-winners, I instead urge SOL and our readers to follow the subtle entreaties of my guided rose, and hit it with a hammer! 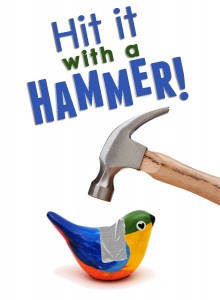 A hammer can build up your dreams or utterly shatter them. No challenge or vacuous obsession can withstand a steady succession of well-placed hammer blows.

So take those futile dreams of tabloid-level Hollywood excess and unleash a hammer of enlightenment on them!