The outcome of the recent election took a decidedly dark turn Wednesday when Coma’s Sweaty Muffin Bakery announced it would no longer be open for breakfast.

“We’ve got a rat in office–that my neighbors voted for–and now they’re taking away my morning coffee?” said Natalie Peters. “Someone’s getting burned in effigy over this!”

Peters was referring to Master Splinter, a rodent, who was elected animal representative this week in the Coma Town Council election. Master Splinter defeated both a wolverine, named Buttercup, and a human, Bob Smith-Smith. 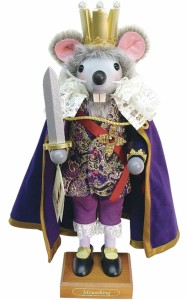 Residents gathered Thursday morning for a rally across from the bakery, where each took a turn at the microphone to say how the bakery hour changes–and the election–had personally injured them.

“This bakery has failed to stop either the rat or our morning exhaustion,” Marley Bumgartener screamed into a microphone. “We need a new morning caffeine purveyor for the 99%!”

Scattered rioting also was reported as a result of the bakery ending breakfast service.

“People need to get ahold of themselves and maybe switch to decaf,” said Sheriff Paul T. Frostnib.