Mystery Solved: No Breakfast at the Breakfast Club

May. 21 Living no comments

Daddy Warbucks: Summer’s here, Marybell. What about getting a summer job? Since you are certified in lifesaving you could lifeguard, right?

Me: Daddy, have you heard of skin cancer? It’s everywhere where people are under the Sun. Why don’t you fax yourself back to the future where the sun was safe? I’ve got a mystery to solve.

Then I went to the local coffee shop in town. It’s a Starbucks right next to the Blair Witch Walking Park where all the old women go to hang out with their small children (gross) and talk about times in the olden days when they were young and hot and men liked them. Not sure I really believe that but whatever. 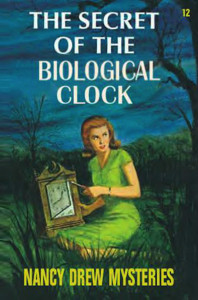 So, one woman had this screaming kid because apparently that’s what kids do when they are out anywhere in public and she says to another one “Remember the Breakfast Club? Where did that go? We were so relevant.”

Finally, another mystery for me to solve. Where is the Breakfast Club? It sounds delicious. So I went inside and googled it. A picture of Denny’s filled with white-haired old people popped up, followed by a movie called the ‘Breakfast Club.’ People were wearing shoulder pads and looked really horrible because it was the ‘80s, so I guess that’s what these women were talking about. I decided to watch the movie on my phone to get some clues about where this club went.

First, it’s not a club at all. Secondly, it’s detention and no one does detention anymore because that wouldn’t be fair to all the kids who aren’t in detention. Third—and this is the most important part—how in the heck could these kids be confined to a small space filled with books (gross) without any cell phone, Twitter, Facebook (boring), or Snapchat to update people. Not to mention text. NO ONE WAS TEXTING. They were passing pieces of paper? Don’t you know you’re killing a tree?

So I went back outside the coffee shop where the women were still sitting. The kid was still screaming and there was another small kid banging his head against a wall and saying “milk, milk, milk.” And there was a mom breastfeeding so I don’t understand why there wasn’t enough “milk.”

“I miss the old days when we were hot and cool,” said the mom with a baby attached (gross).

“I know. Those days were so great. Like we really talked to each other,” the other one while she texted on her iphone.

“You guys.” I said. “I solved the mystery of your breakfast club. It’s over because everyone realized there was never any breakfast there. So! Dumb!”

And I turned and walked away.