May. 27 Living no comments

Natalie Peters still remembers the day she walked out her front door and saw the bodies.

“They were so young and innocent,” Peters said about the pile of rabbit, chipmunk and mouse carcasses left in front of her door by her cat, Archduke Ferdinand.

That was the day she resolved to do everything in her power to stop her loved one from harming another living creature. It was also the day she discovered Ha’apanapana, a Coma pet therapist.

Not only was the therapist able to cure A.F. of his murderous impulses, he did so without ever seeing the cat.
The therapist treated the cat with an ancient Hawaiian method that involves solely working on himself, said Peters, who found an ad for the therapist on the Coma Facebook page.

“I described Fern’s problem over the phone to Ha’apanapana and through my sobbing I heard him calmly say ‘this child of the volcano shall find peace,” Peters said. 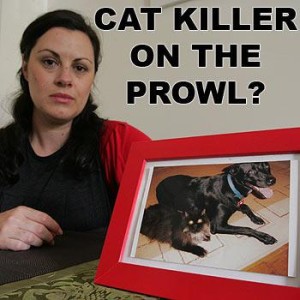 She mailed a money order and followed the instructions emailed to her by Ha’apanapana and her cat has not murdered in the six months since. He also has not gone outside in that time, at the direction of the therapist.

“Our furry brother’s fire demon needs a couple years of indoor time before he fully heals,” Ha’apanapana said in a phone interview.

The therapist said everything in your life is created from within you. When you change you, the outer world changes.

When Coma News Daily asked where the therapist was educated and earned his clinical certification from,  Ha’apanapana said “Does the flower ask for the bee’s certfication?”

None of that matters to Peters, who’s just glad to not step in mouse innards every morning on her way out the door.

“It took me a couple weeks to accept it but  Ha’apanapana gave me my furry baby back,” she said.