Coma Teen is the Last Hope for Understanding the Universe 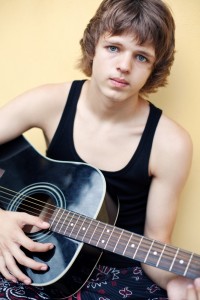 Coma teen, Chase Donovan (above), strums his guitar. Donovan said he is working on a song hopes will end all world conflict.

According to friends, Coma teenager Chase Donovan, might be the world’s last hope for understanding the delicate intricacies of the universe.

“Chase just has a lot of really unique thoughts and insights that I don’t see in other people,” 16-year old Sandra Peterson said about her friend.  “Just last week he said to me, ‘Sandra, what do words even mean?’  I was like, wow, I’ve never thought about that.  What do words mean?”

Donovan, a junior at Coma High School, enjoys spending his free time teaching himself to play guitar, writing poetry and thinking about stuff most people don’t dare think about.

“Think about hummingbirds, man,” Donovan said.  “They are these tiny little birds that just fly around all over the place making honey and stuff.  Do hummingbirds make honey?  I might be thinking of bees.” 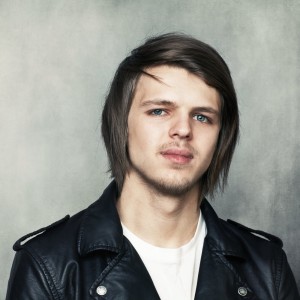 Dylan Parker, Donovan’s best friend, is convinced it is only a matter of time before Donovan stumbles onto some great new discovery that will change how people see the world.

“I remember this one time Chase called me up and said he wanted me to come over to his place to help him invent a new color,” Parker said.  “It blew my mind.  How do you even go about doing something like that?”

Among the ground-breaking insights Donovan has developed over the past two years is a theory regarding paint, the idea that numbers are strictly a man-made creation and a theory that animals that have fur are a lot like humans wearing jackets or coats when it is cold outside.

“I know he’s young,” Sandra Peterson said. “But I don’t think that should somehow mean his ideas and theories aren’t credible.  His theory on monetary systems, for example, is really insightful.  Think about it, if money is made out of paper, then animals that live in trees are the wealthiest creatures on earth.”

While Donovan claims that he does not feel burdened by his special gift, it does sometimes gives him pause.

“I wonder if I’m the only person in the world thinking these thoughts about things,” the teenager said. “I just don’t think people see the world the way I do or ask the questions I ask.” 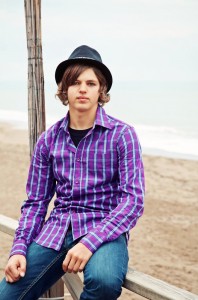 Donovan hopes to live in a world where all food, clothing, cars, fuel and health care are free to everyone

One such question, which Donovan recently broached during his American Literature class, is “if books are made of paper, then animals that live in trees are the smartest readers on earth.”  The statement caught many students off guard as the class sat silent trying to make sense of the deeper meaning in Donovan’s philosophical insight.

“Think about this; who invented water?” Donovan asked.  “And what did those people drink before they invented water?  Milk?  Maybe.  I have this feeling I’m the only one asking these type of tough questions.”