By Coma News Staff
What’s Christmas without a little green? And red?
Micah Horncraft, curator of the Coma Futurist Society, finished the first Race for Organic Bikes on Tuesday a little bloody but triumphant.
“I won this one for the kids at my basketball camp, Dream Team, where we’re now accepting applications for the spring session,” Horncraft said.
The 22-mile trek through and around the town featured only certified organic bicycles–those actively listed as lost or stolen by the Coma Sheriff’s Office.
“Using organic bikes is a way to give back by taking someone else’s unused or underused bike,” said Natale Peters, the race’s organizer and a Town Council member. 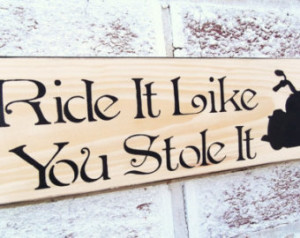 Horncraft, who competed nude as an additional way to reduce his carbon footprint, credited the improved aerodynamics for his win.
“I was dolphin smooth out there–which is probably why I was going too fast to make that turn at Buzzard’s Gulch,” Horncraft said about a mid-race tumble that left him with cuts and bruises.
The Sheriff’s Office said it was unaware of the source of the race’s bikes until afterward and plans to investigate, eventually.
“Yeah, we’re gonna get right on that, just as soon as we clear the backlog of missing luxury automobiles, municipal fraud and rampant cock fighting that we have in this town,” said Sheriff Paul T. Frostnib.